From egg chairs to mushroom lamps, many popular furniture designs have roots in the modernist era of the last century.
Sophia June / Stacker.com Jan 19, 2023 7:00 AM
Listen to this article
00:08:33

From egg chairs to mushroom lamps, much of the most ubiquitous furniture used in today's homes has its roots in the last century, when designers were creating singularly modernist furniture designs that relied on clean lines, sleek silhouettes, and economy of space.

Many modern designs today spotted on social media, popularized by massive furniture chains, or splashed on magazine covers can trace their roots back to the 20th century. Lazzoni Modern Furniture compiled a list of iconic, 20th-century designs still used in modern furniture today, using different sources such as Vogue, Design Addict, Highsnobiety, and Soulful Suburb to revisit their origins as well as how and where they are present nowadays. 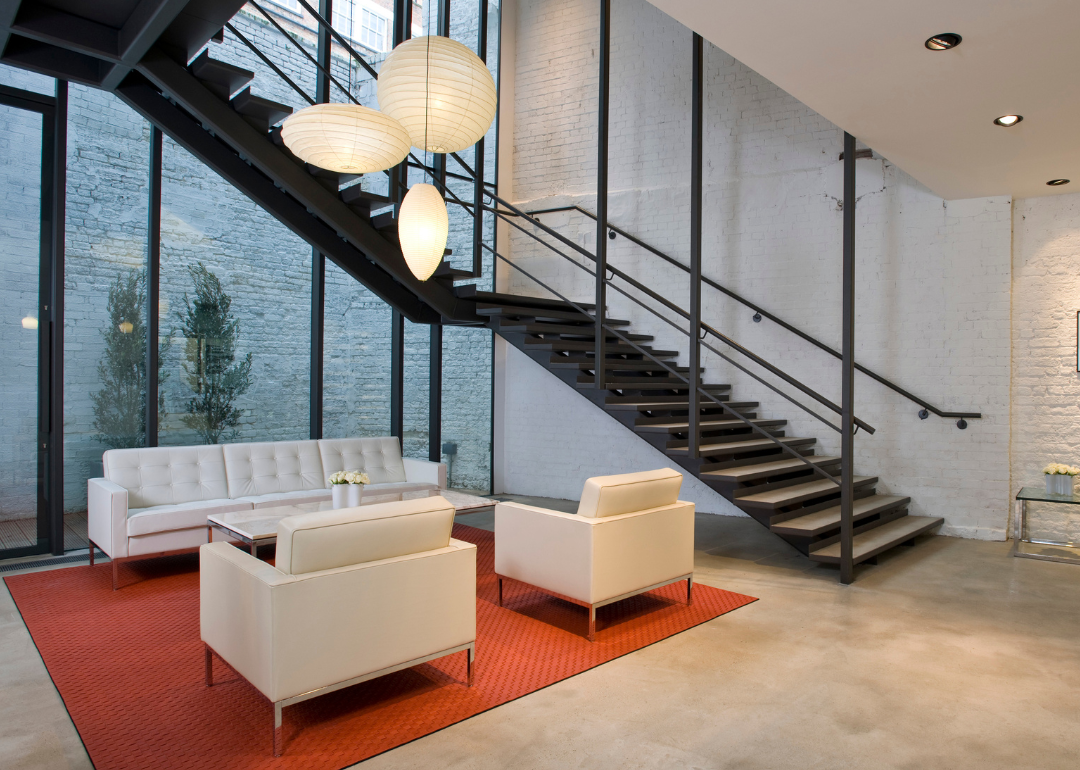 Florence Knoll co-founded Knoll Associates Inc. with her husband Hans and eventually took over after he died in a 1955 car crash. Her legacy helped define the office aesthetic of the 1950s and '60s—think the sleek modern offices of "Mad Men." Knoll's iconic designers include giants such as Mies van der Rohe and Eero Saarinen.

Her couch, in particular, is one of the more iconic pieces of the company, incorporating clean lines and a mix of textiles and steel that went on to define modernism. 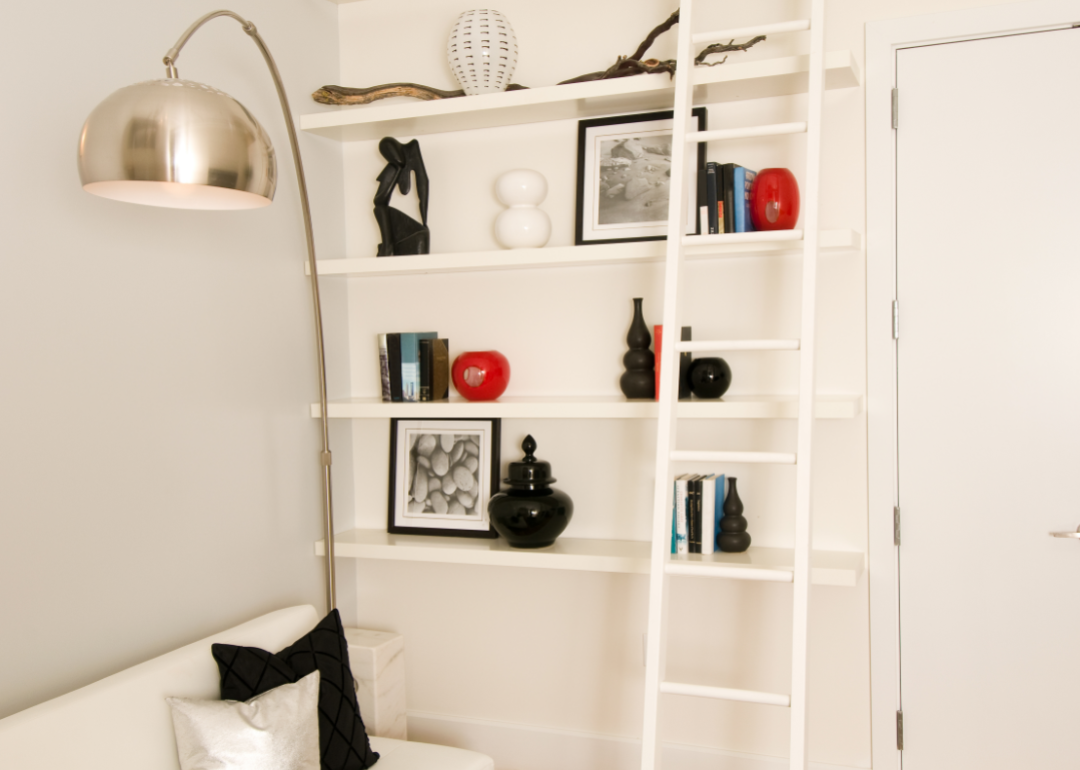 Stroll through any modern design shop and you're likely to come across dozens of the 606 shelving system's descendants. Conceptualized by German designer Dieter Rams in 1960, the system remains a classic because of its flexibility.

Simple components such as shelves, cabinets, and tables can be attached to an aluminum track in many combinations, adapting to the life stage of its owner. It's no wonder the design is alive and well more than six decades after its conception. 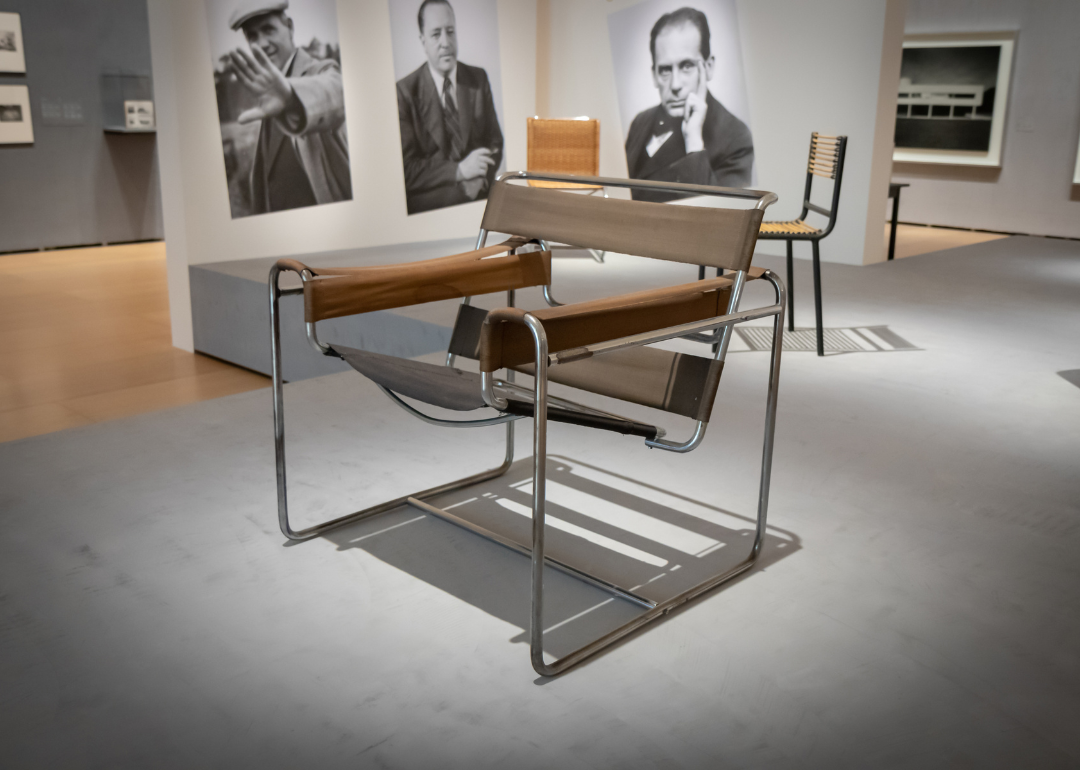 Inspired by the lightness and strength of his first bicycle, Marcel Breuer thought to create a chair using tubular light steel. "It is my most extreme work both in its outward appearance and in the use of materials; it is the least artistic, the most logical, the least 'cosy' and the most mechanical," he said.

His design—leather strips stretched over a steel tube frame—was a distilled version of the club chair that would prove to be popular the world over. Breuer later named the chair after abstract artist Wassily Kandinsky, the first to see his design. 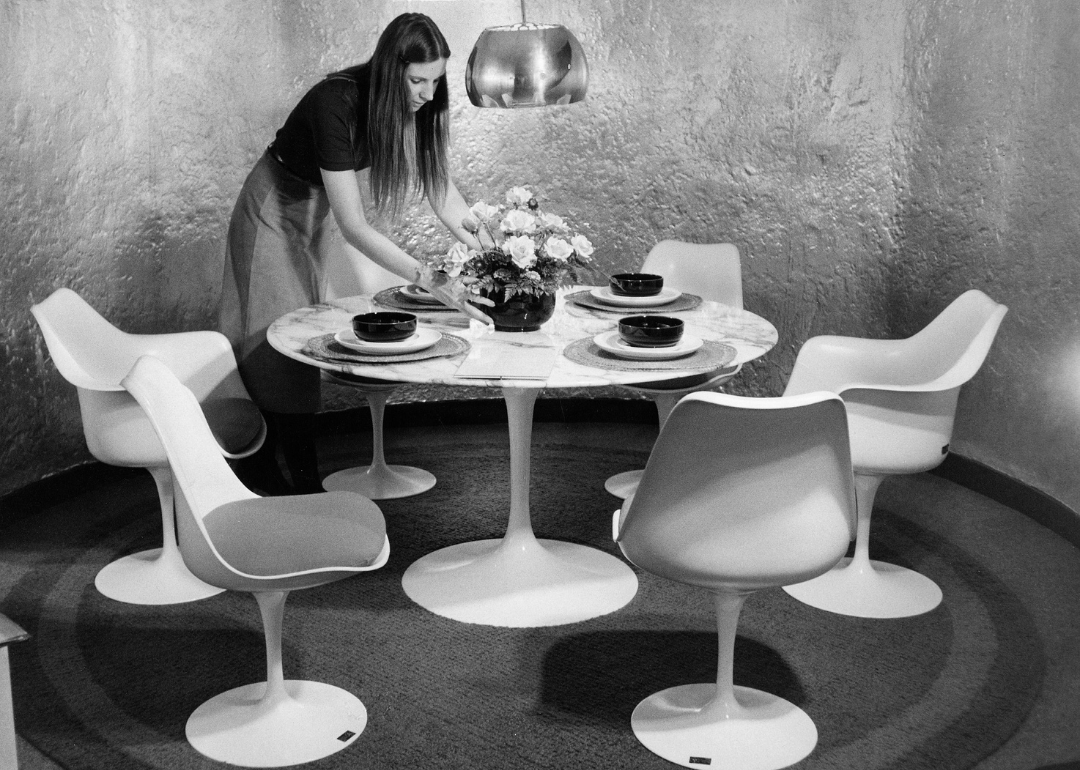 The Finnish architect known for the St. Louis Gateway Arch's elegant lines is also the man behind this dining set, which consists of tables and accompanying chairs. Looking to fix "the ugly, confusing, unrestful world" underneath chairs and tables, Eero Saarinen introduced the Pedestal collection, featuring a single graceful leg that flowed to a circular base.

The design continues to be a favourite and inspires many to come out with their own versions. 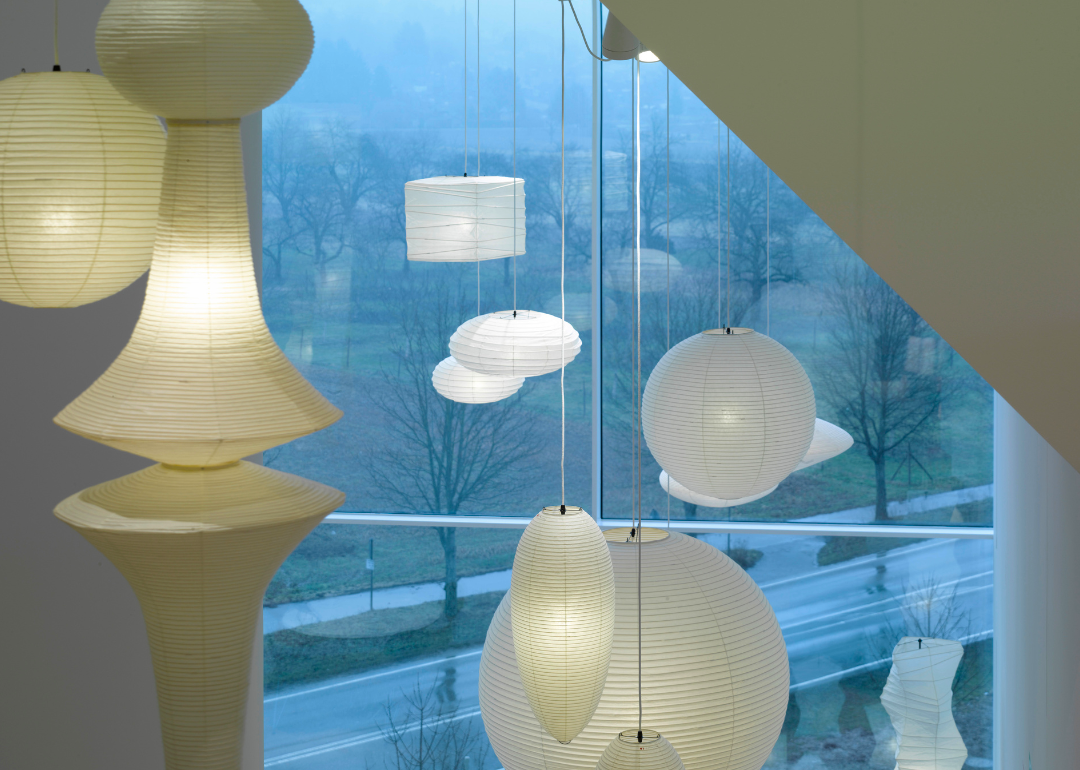 The traditional methods used to create Japanese Gifu lanterns, which Noguchi observed when he visited the town of Gifu in 1951, inspired the Akari light. Rather than use a traditional candle, the designer's modern interpretation includes electricity and a more sculptural form, which be twisted or angled. Noguchi called his design "akari," which means "illumination," alluding to the lamp's function and weightless character.

The Japanese American designer made more than 100 models over his lifetime, ranging from small tabletop versions to tall living room-appropriate sizes. While many have imitated the pared-down, simplistic design, only those stamped with the red sun-and-moon logo are the real deal. 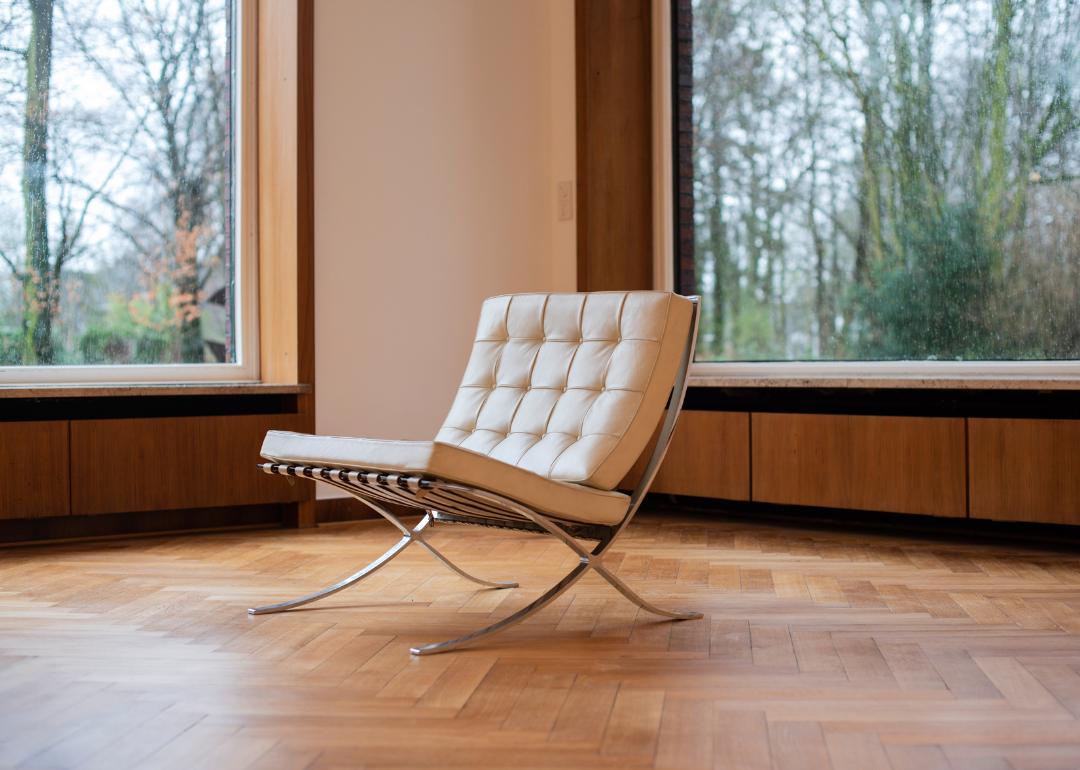 Mies van der Rohe was known for his "less is more" mantra, which translates to this iconic chair. Designed for the German Pavilion at the Barcelona Exposition of 1929, the original chair consists of two chrome-plated, flat steel bars where a seat and a chair back were cantilevered.

The Spanish king was set to attend the Exposition, which pressured Rohe to design a chair made for royalty. "The government was to receive a king…The chair had to be…monumental. In those circumstances, you just couldn't use a kitchen chair," Rohe said.

Though he only created two Barcelona chairs for the German Pavilion, the design was put into production and, except for 16 years, has been manufactured continuously since 1929. 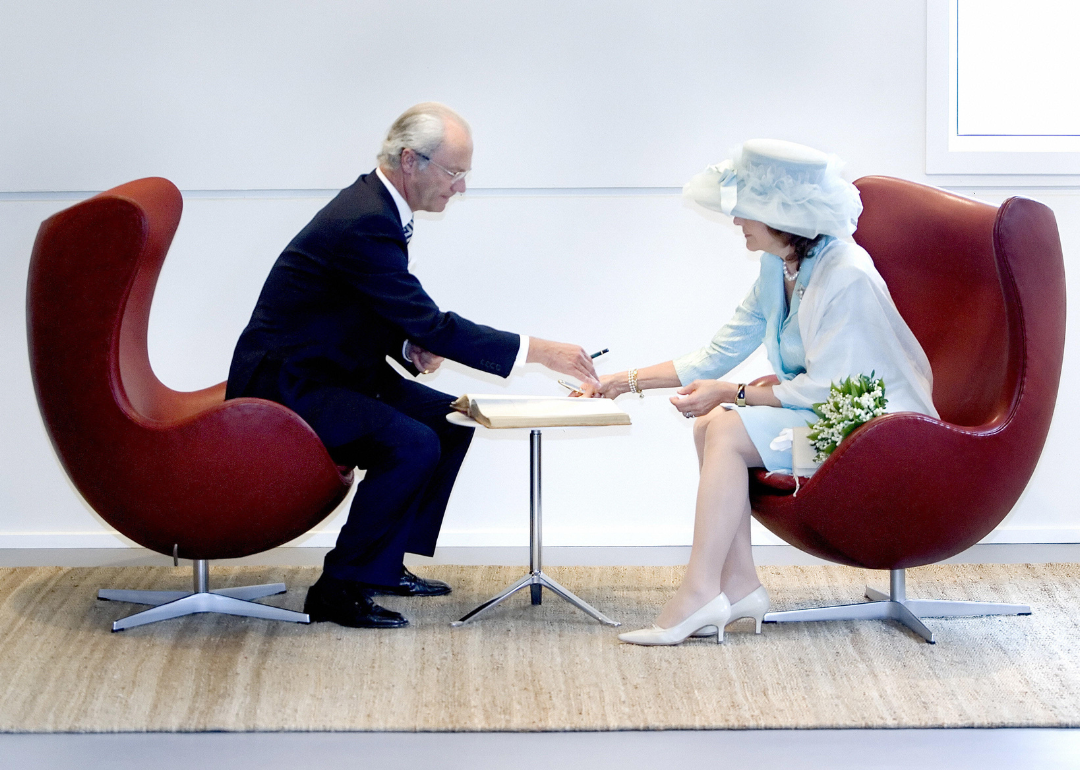 In 1958 Danish architect Arne Jacobsen created the egg chair for the SAS Royal Hotel in Copenhagen. Its curved shape, which Jacobsen designed by experimenting with wire and plaster in his garage, broke design conventions for the time. Its soft curves contrasted the linearity of most mid-century designs and offered a comfortable, cocoon-like experience for the sitter. A few of its design cues are reminiscent of the classic wingback chair with its armrests and high back.

It's now one of the most-copied furniture designs, with the egg chair being used everywhere, from McDonald's to high-end hotels worldwide. 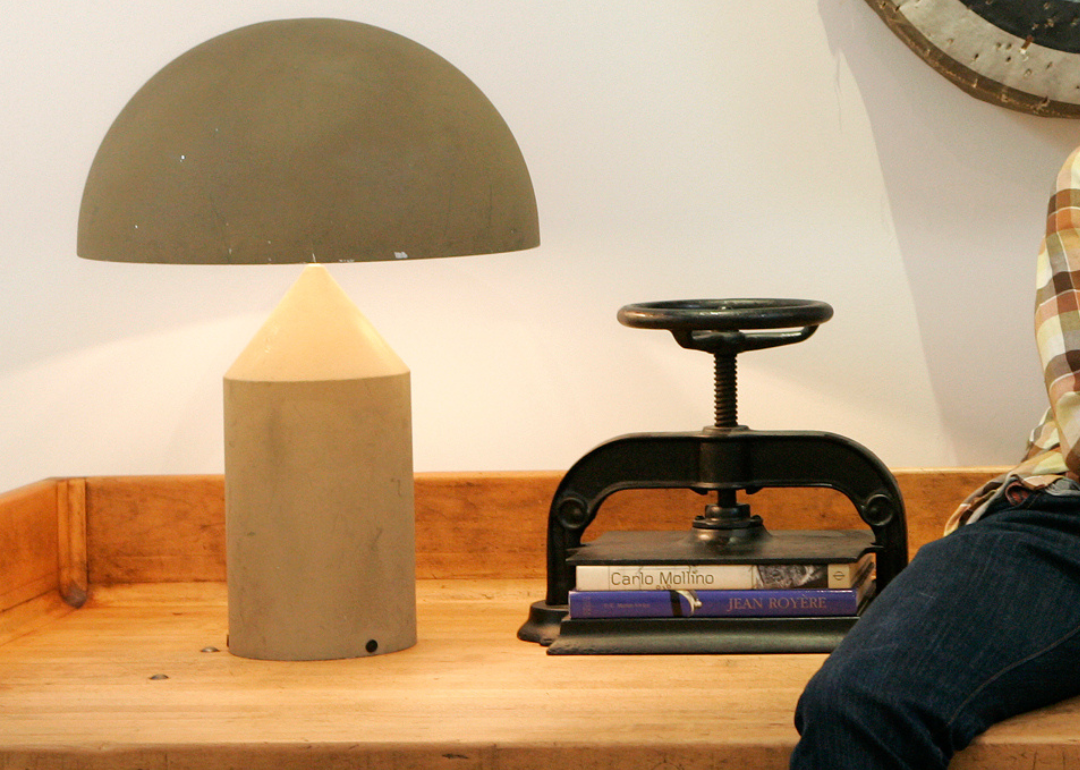 Conceived by Italian industrial designer Vico Magistretti in 1977, the Atollo table lamp—more commonly known as the mushroom lamp—hasn't gone anywhere. You can find versions in various materials and colors, from the homes of many designers to the permanent collections of MoMA.

Its shape relies heavily on geometry, with a domed top on a cylindrical base, easily fitting into many rooms, from bedrooms to libraries. 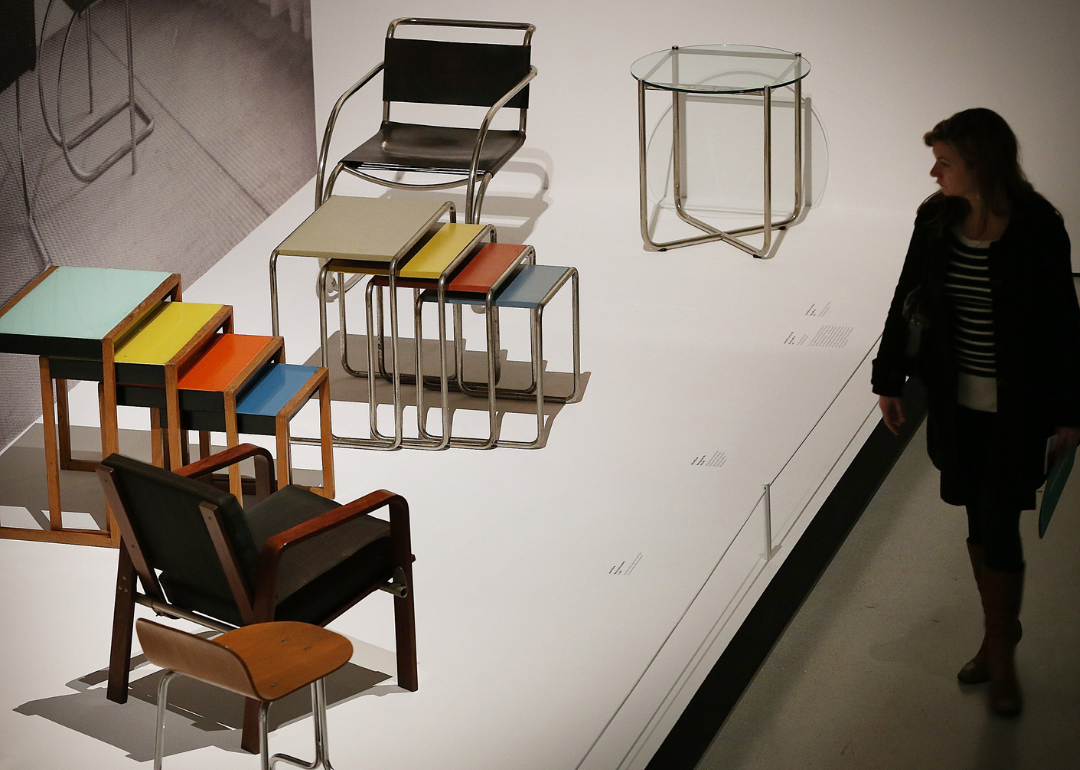 Nesting tables were popularized in the early 20th century but date back to the late 18th century. They were first made by English cabinetmaker Thomas Sheraton, who created the original ones from satinwood or mahogany.

The most prevalent version today was designed by Josef Albers, who designed the Bauhaus Nesting Tables while the artistic director of the Bauhaus furniture workshop from 1926 to 1927. The minimalist tables feature distinctive colors, flat planes, glass and wood construction—and most notably, space-saving attributes. 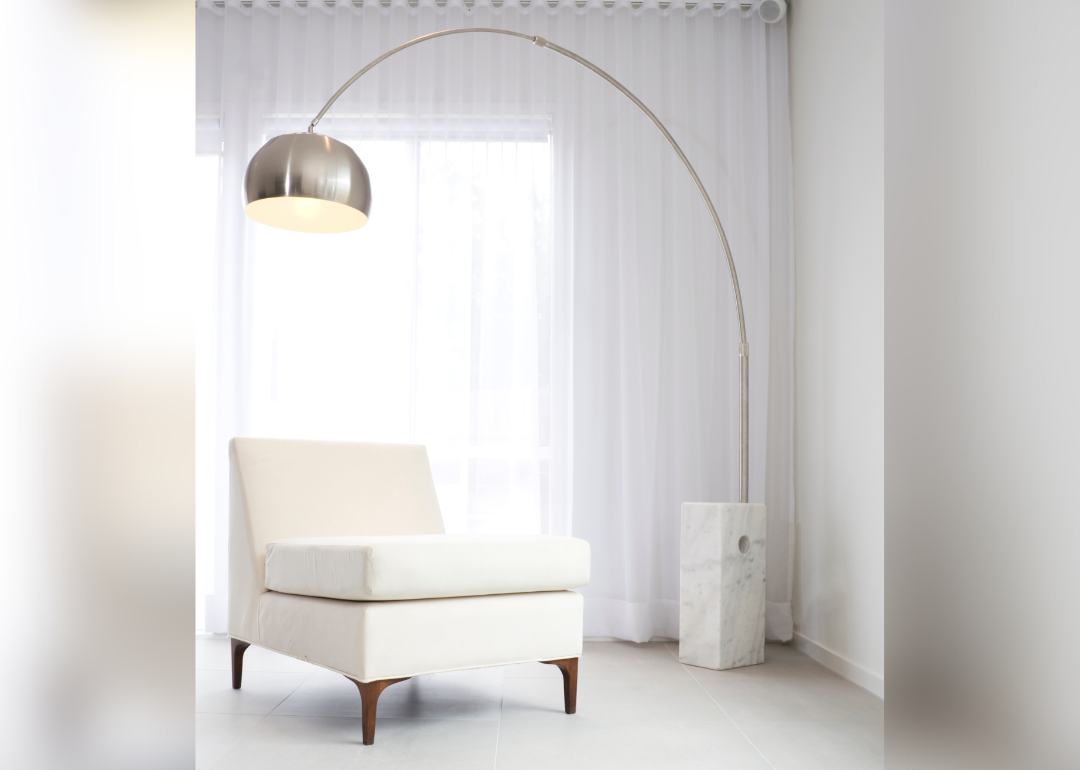 Inspired by old street lamps, the Arco lamp was designed in 1962 by Achille Castiglioni and his brother Pier Giacomo for the company FLOS. The lamp is still part of the permanent collections of the Triennale Museum in Milan and the MoMA. The brothers wanted to create a lamp that projected light onto a table but left space around it.

To solve the problem, the brothers gravitated to the arch of bent steel and used a heavy marble to counterweight it. The Arco lamp has appeared in films like "Diamonds Are Forever" and "The Italian Job." 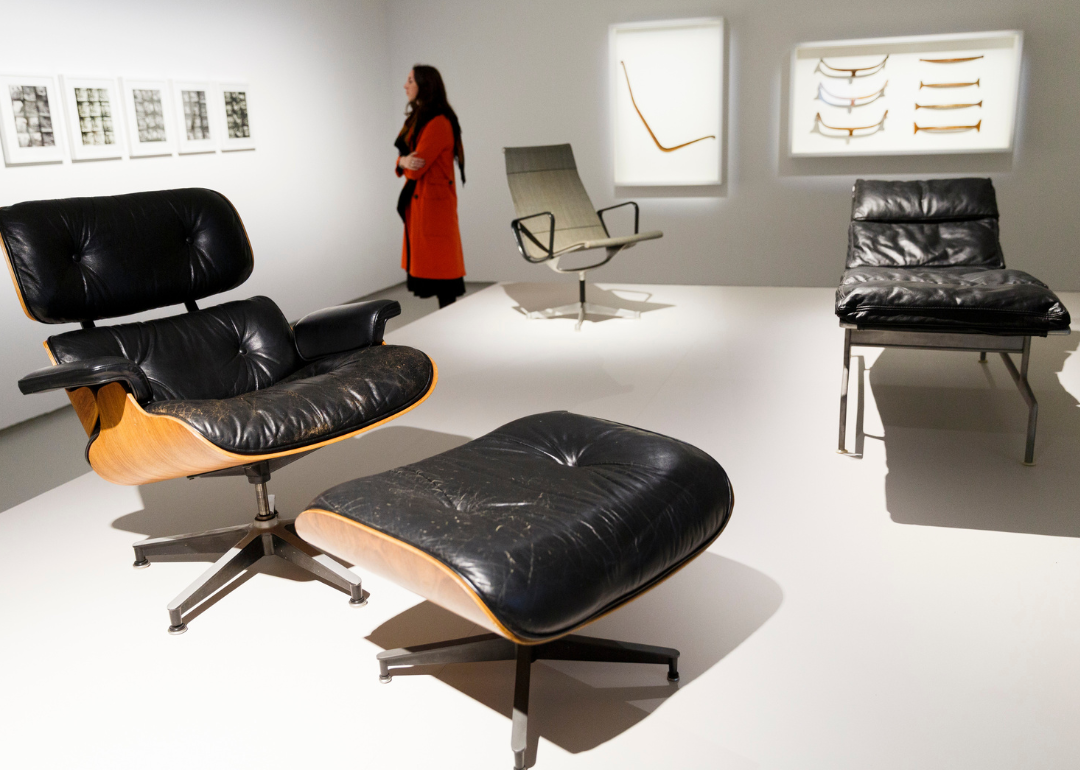 Designed by Charles and Ray Eames while working with the Herman Miller Furniture Company, the Eames chair was released in 1956. It was the first chair designed by the Eameses for the high-end market; the goal was to create a chair that made people who sat in it feel as snug as a baseball in a mitt.

The chair featured ample cushioning and a matching ottoman, beckoning for some R&R. Despite its high-end price point, the plan was always to mass-produce the chair, so they crafted it with plastic and plywood. Though those are common building materials today, in the 1950s, the Eameses were among the first designers to incorporate the materials. The chair quickly rose in popularity and is still one of the most widely used chairs today. 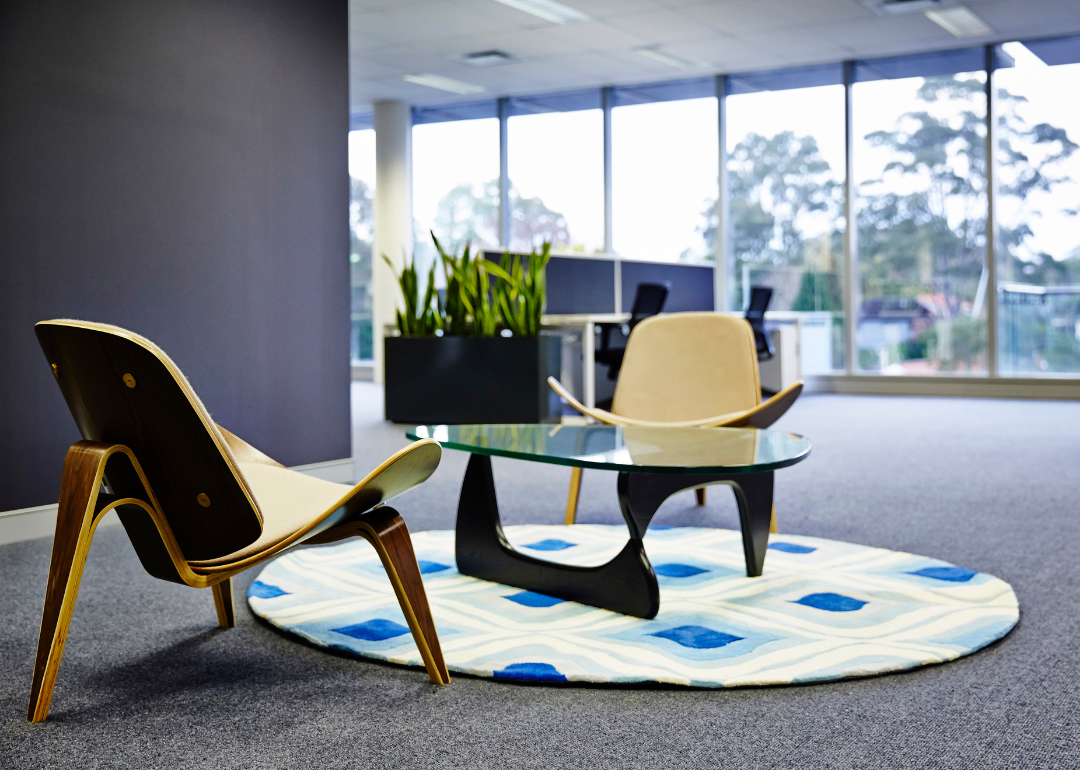 Noguchi once said that "everything is sculpture"—this example's signature sweeping, curved lines are wholly sculptural. The Noguchi coffee table, created in 1947, is distinctly modernist: made of just three components and no concealed parts. Its three-dimensional curved base offers a new view as viewers walk around it, offering a slight, exciting change in a static environment.

This story originally appeared on Lazzoni Modern Furniture and and has been re-published pursuant to a CC BY-NC 4.0 License.

Dreaming of frying up that tasty raccoon you accidentally ran over? The MNRF wants to know
Jan 26, 2023 7:00 AM

How does the Thorold average car insurance rate compare to other cities in Ontario?

2022 threw homeowners for a loop. Start this year right with a mortgage checkup in Thorold.

Get Connected to the Village Media Network!