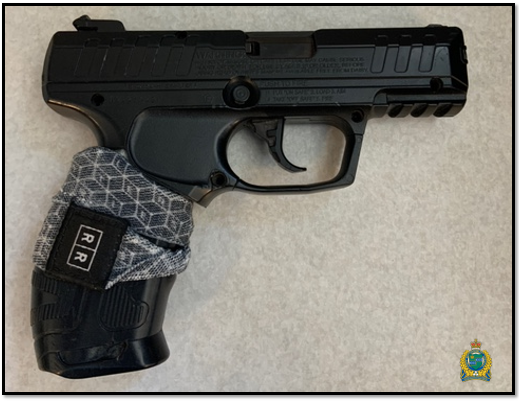 Investigation revealed that a 42-year-old male had attended a multi-unit residence looking for a 24-year-old male. Both parties ended up outside of the residence and had gotten into a verbal dispute. As a result, [it is alleged that] the 42-year-old male reached into a bag, pulled out a black pellet handgun, pointed it at the other male and threatened to shoot him. The male suspect fled the scene prior to police arrival.

At approximately 6:21 p.m., the suspect was located in the area of Buckley Avenue and Simcoe Street and was placed under arrest.

Ambursley was held in custody and appeared in court on May 30, 2021.