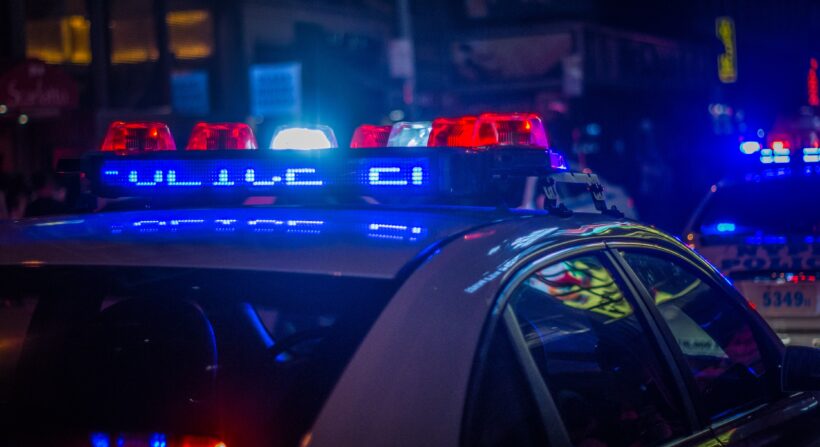 A former chair of the Toronto Police Services Board said the apology by Chief James Ramer for disproportionately targeting racialized people is “embarrassing” and must be followed up with a real plan of action.

Alok Mukherjee, a former Police Services Board chair from 2005 to 2015, said that data released by Toronto police merely confirms what people of colour already know.

“There is a distinct difference in the way Black people are treated by the police versus white people.”

Data released on June 15 by the Toronto Police Service reveals Black people are disproportionately affected by the use of force. The revelation led to a public apology by Ramer, saying the force needs to do better.

“We have not done enough to ensure that every person in our city receives fair and unbiased policing,” Ramer said at the news conference.

The police released a 119-page case study of race data collected since 2020, under the force’s race-based data policy.

It breaks down various statistics that highlight differences in the treatment of Black people versus white people. This includes the use of force and strip searches and a higher probability of Black people having a gun drawn on them.

The force’s statistics revealed that Black people faced 22.6 percent of the interactions with the police, despite making up only 10 percent of Toronto’s population.

Black people were also involved in 39.4 percent of incidents in the use of force.

Statistics also showed that Black people are more likely to have a gun pointed at them than white people in the same scenario.

For many community advocates, this information comes as no surprise.

“The data is saying what we have been saying for so many years,” Mukherjee said.

In Mukherjee’s role as Police Services Board chair, he saw first-hand how much disregard the Toronto police had for addressing issues around race.

“There have been attempts by the media to bring awareness of these issues to the police over the years,” said Mukherjee. “Unfortunately, they always questioned the data and disregarded the claims.”

Ramer said that police will have to do better in the future. However, some are not very hopeful.

More than an apology

“The whole thing feels like a gimmick,” said Hawa Barrie, a former resident of the Jane and Finch area in Toronto. “It’s another way of pretending to acknowledge and care about how western society has been treating Black, Indigenous, and POC communities.”

She compared it to how companies incorporate equity, diversity, and inclusion programs to give an illusion of systemic change.

“It is not enough,” she said. “As a Black woman, I am tired of hearing empty words. For me, apologies are just a way for them to feel better about themselves.”

Mukherjee said the apology was embarrassing, as it still lacks accountability and a plan.

“We want more than an apology,” Mukherjee said. “What are you going to do to change the system?”

In the news conference, Ramer said the data will not be used to discipline individual officers, protecting their anonymity.

Mukherjee said we live in a world where there is effectiveness in public shaming. Especially in the era of social media, publicizing the perpetrator puts a face to the injustice and applies pressure to the institution to take action and serve justice.

“How will the police officers get real accountability for their actions?” he asks.

“Expose these police officers,” Barrie said. “Why are we protecting them?”

Barrie said that Toronto police need to be transparent with how they are going to make changes in the system.

Growing up in the Jane and Finch area, Barrie said her community gets a really bad reputation. The reputation creates prejudices and stereotypes that the neighbourhood is dangerous, which affects the way policing is done there. This includes racial profiling and the use of force to de-escalate situations. This negatively impacts the people.

The shared experiences of the residents created a closer relationship with each other, uniting with a stronger sense of community.

“Jane and Finch is like a family,” she said.

Barrie said a united community is necessary because of the distrust that the people have for the police. Both the community and police have fear for each other, which creates a divide between them.

“There is a history of violence conducted by the police in our community,” she said. “If something goes wrong, we can’t even go to the police, because they would just make the matters worse.”

She said there is a clear lack of training on how the police should interact with BIPOC communities, especially with white officers.

“How can a white officer be tasked to protect communities if they have very little understanding about racial minorities?” she said. “How will they check their prejudices and stereotypes? I would be surprised if they even acknowledge their white privilege.”

One solution that Barrie suggests in improving the experience and safety of Black communities is to defund the police, and allocate the money toward resources that would help the people, including programs and mental health services. That would be a good starting point in improving the relationship between the community and the police.

Barrie will not keep her hopes up until then.

“Until the system, which is deeply rooted in white supremacy, is torn apart and reformed, it is inevitable that Black communities will continue to be targeted and over-surveilled by Toronto police.”

Straight talk about where mortgage rates are headed in Thorold