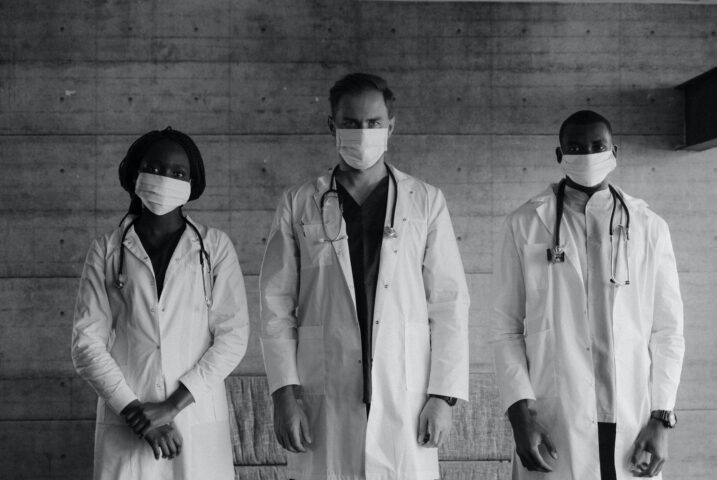 While Ottawa is trying to streamline the accreditation process for internationally trained health care professionals, advocates say what’s needed is a national physician licence to replace the current patchwork approach.

According to the Canadian Information Centre for International Credentials, accreditation for regulated occupations like health care falls under provincial/territorial jurisdiction, while non-regulated professions are “normally at the discretion of the employer.” The Centre states that around 20 per cent of occupations in the country are regulated.

In Canada, all physician licensing — including for Canadian and internationally-trained experts — happens at the provincial or territorial level, Canadian Medical Association president, Dr. Katherine Smart explained in an interview with New Canadian Media.

But each province has its own criteria for what training they recognize, what their credentialing process is, and what the opportunities are for people to have “practice ready assessments” — essentially mentored practices.

“Why would the standards or the requirements be different in the Yukon than they are in Manitoba?” questions Smart.

This creates barriers not only for internationally trained physicians to enter the system, but even for domestic ones who may have to move from one province to another and possibly have to reaccredit themselves.

Smart’s comments come on the heels of the federal government’s announcement of a $1.5 million one-year extension of funding to further support the work of the National Newcomer Navigation Network (N4).

The N4 platform was created in 2019 with funding from Immigration, Refugees and Citizenship Canada (IRCC) and is hosted at the Children’s Hospital of Eastern Ontario (CHEO). To date, the N4 has helped more than 940 of its members, “including underemployed (internationally educated healthcare professionals) who work in the settlement sector in various roles,” according to CHEO’s website.

It has also engaged with 214 organizations and 726 professionals from the health, settlement, social service and academic sectors across the country, offered over 1,550 professional development resources, and helped more than 75 professionals successfully complete the N4-Saint Paul University Online Program.

“The initiative in question aims to contribute to these efforts by helping to ensure that internationally-educated health care professionals have the resources and information that they need to contribute to Canada’s health care sector,” an email statement from IRCC says.

The news comes amid a national shortage of healthcare workers, including nurses and physicians, among others, springing from burnout and backlog issues exacerbated by the COVID-19 pandemic.

But while the news is welcomed, says Smart, it must be linked to a national — or “pan-Canadian approach” — in order to make significant impacts.

“It makes sense to have a national approach to credentialing, licensing and evaluating internationally trained medical professionals so that the system is easily accessible for the people who are trying to use it to minimize costs, because we know that the barrier is very expensive to go through these processes,” says Smart.

In April, Employment and Social Development Canada (ESDC) released their Pan-Canadian Framework for the Assessment and Recognition of Foreign Qualifications. While “not a legal document,” the framework is a “public commitment” to “a coherent system for determining recognition of qualifications for specific occupations,” with a focus on regulated occupations.

Among other things, it promises to help newcomers receive “clear information as early as possible in the immigration process, fair treatment during the assessment process and prompt communication of recognition decisions. Supports will also be extended to both individuals and employers to help to enable immigrants’ participation in the workforce,” according to the government’s website.

In an email statement, an ESDC spokesperson said budget 2022 is also proposing an additional “$115 million over five years, with $30 million ongoing, to expand” its Foreign Credential Recognition Program (FRCP). The FRCP is a “contributions program that supports the labour market integration of skilled newcomers through” enhancing accreditation processes, providing loans, and providing employment supports.

Since 2015, the program has invested close to $125 million in 90 projects to support skilled newcomers, the statement reads.

Currently, the Government of Canada’s website lists the following as the recognized agencies authorized to conduct and validate academic assessments of foreign credentials:

Despite these projects, foreign credential validation continues to be a major barrier standing in the way of immigrants with a specific profession. As a result, many have had to resort to so-called survival jobs.

In fact, as NCM previously reported, many physicians have complained that even after passing the Medical Council of Canada Qualifying Examination, getting a residency spot is largely dependent on who has the strongest recommendations.

Last fall, the Ontario government introduced legislation that would remove the Canadian experience requirement for the validation process. However, the changes aren’t expected to occur for another two years.

It is not clear whether the new funds will address these issues in any meaningful way. In response to NCM’s questions, the IRCC’s statement said they are working with ESDC and with provinces and territories “to make collective advancements on foreign credential recognition.”

Smart says while some barriers may be province-specific, provincial and federal governments have been aware of the issues for a long time but are plagued with “institutional inertia.”

“What we’re talking about right now (streamlining foreign accreditation), is one issue within the healthcare system,” she explains. “But there’s many of them, and we’re not seeing any real leadership, change or direction on any of these key issues.”

In March, the CMA met with the Canadian Nurses Association (CNA) and  “almost 40 health organizations….for a second emergency meeting to discuss the health worker crisis,” a CMA press release states.

“What we heard is disheartening, with health workers exceedingly distressed, facing harassment and leaving their careers and professions,” Smart is quoted as saying.

“Until governments start to recognize these problems, we will never move forward to find concrete solutions.” Last month, the CMA, in partnership with the CNA and the College of Family Physicians of Canada (CFPC), submitted a list of short-, medium- and long-term solutions to parliament. It identified hiring IEHPs as one of six pillars needed to overcome the current shortages.