EDMONTON — The Edmonton Eskimos "will ramp up" their engagement with Inuit communities to evaluate their views on the CFL team's name. The Eskimos made the announcement Friday.
Jul 3, 2020 10:25 PM By: Canadian Press 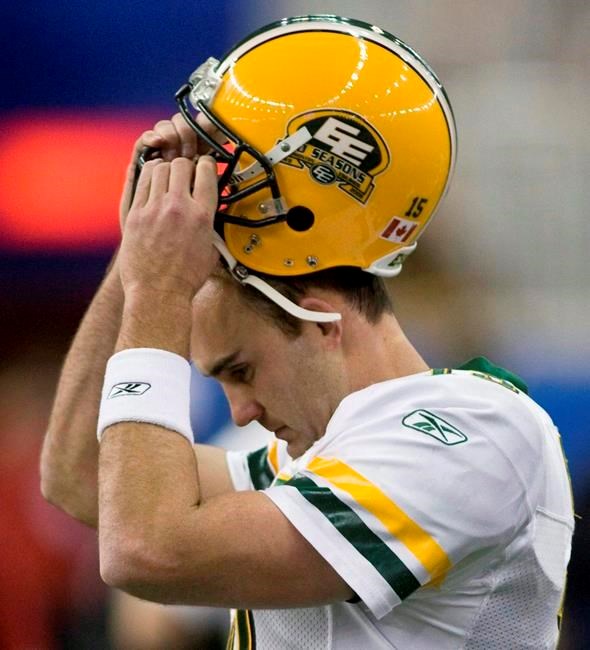 EDMONTON — The Edmonton Eskimos "will ramp up" their engagement with Inuit communities to evaluate their views on the CFL team's name.

The Eskimos made the announcement Friday.

"We recognize that there has been increased attention to the name recently and we will ramp up our ongoing engagement with the Inuit communities to assess their views," the CFL team said in a statement.

In February, the Eskimos announced they were keeping their name. That followed a year-long research process that involved Inuit leaders and community members across Canada.

"The Edmonton Eskimos conducted an extensive research and engagement program with Canada's Inuit community regarding our team name," the team said in its statement Friday. "We announced the findings from that program several months ago which included the fact that there was no consensus among the Inuit people and considerable support for the Eskimos name among Inuit in various parts of Canada."

The name has been used by Edmonton sports teams since the late 19th century.

Also on Friday, the NFL's Washington Redskins announced they were undergoing a "thorough review" of their nickname. In a statement, the club said recent events in the United States and feedback from the community prompted the review.

This report by The Canadian Press was first published July 3, 2020.

Note to readers: This is a corrected story. A previous version contained outdated information about the Edmonton Eskimos' team name.