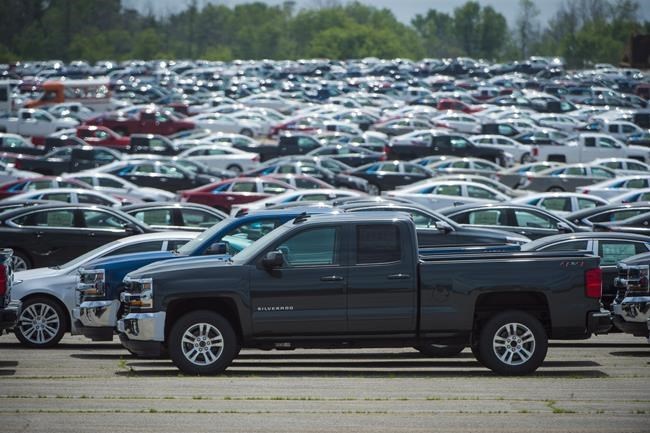 OTTAWA — Canada posted a merchandise trade deficit of $1.1 billion in March as imports climbed to their highest level since May 2019.

CIBC senior economist Royce Mendes said the trade surpluses had been a factor supporting the loonie and the move back into deficit occurred slightly earlier than he had anticipated.

The loonie has been trading for more than 81 cents US in recent days.

"If the trade balance sticks in deficit territory, as it had been for most of the decade leading up to the pandemic and as we expect it to, that aid will have disappeared for the Canadian dollar," Mendes said in a report.

Statistics Canada said total imports rose 5.5 per cent in March to $51.8 billion as all 11 of the sectors tracked climbed higher.

Imports of energy products rose 54.7 per cent as imports of refined petroleum products totalled $726 million in March compared with $279 million in February, as a result of higher imports of motor gasoline. Crude oil imports rose 19.4 per cent.

Statistics Canada noted that some of the increase in imports of motor gasoline and crude oil came from Texas, which was hit by extreme weather and power outages in February.

Meanwhile, exports edged up 0.3 per cent in March to $50.6 billion as exports of motor vehicles and parts rose 10.2 per cent in the month.

Statistics Canada said exports of passenger cars and light trucks rose 12.8 per cent as production slowdowns due to a global shortage of semiconductor chips were felt less in March than in February.

The agency noted that the slowdowns are expected to intensify and may have a greater impact on exports in April.

Regionally, exports to the United States fell 3.8 per cent in March and imports rose 5.2 per cent, as the trade surplus with Canada's largest trading partner narrowed to $4.3 billion in March compared with $7.3 billion in February

Canada's trade deficit with countries other than the United States was $5.4 billion in March compared with $5.9 billion in February.

In volume terms, total imports increased 7.0 per cent in March, while the volume of exports fell 0.3 per cent.

This report by The Canadian Press was first published May 4, 2021.

Biden move to share vaccine designed to spread US influence
May 8, 2021 6:43 AM
Comments