Thorold team is still looking for financial support to compete on world stage
Oct 8, 2019 8:00 AM By: Bob Liddycoat 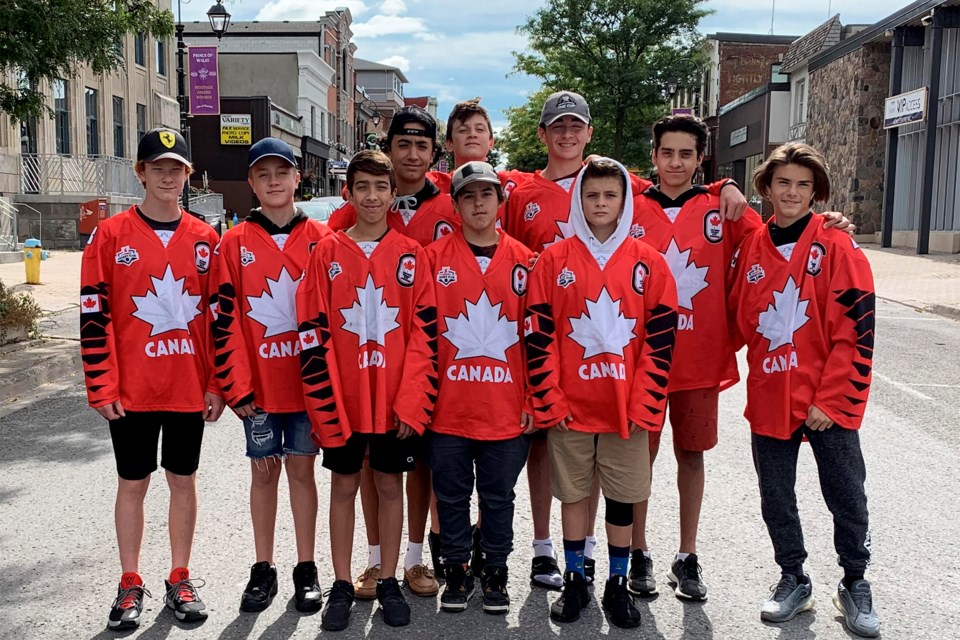 Players from Thorold and across southern Ontario are headed to the Czech Republic. Submitted Photo

Ever since the hockey series of the century, when the best from the NHL faced off against their counterparts from Russia in 1972, Canada has been battling fiercely to maintain supremecy in our national winter sport.

There is little doubt the series sparked an interest around the world and here in Canada that has reshaped the way we approach the game. Today's players are bigger, faster and stronger than previous generations.

And now, a group of Niagra's young hockey players will be testing their mettle on the world stage as they head to Europe for the opportunity of a lifetime.

Coach Mike Bolibruck, who has been at the helm of a spring team for the past eight years, decided a group consisting of the top talent from the Niagara area could make a powerful showing on the world stage.

"We're taking a group of bantams from southern Ontario to the Czech Republic for an international showcase," he told ThoroldNews.

There are four Thorold players on the squad, including Ethan Bolibruck, Ryan Horvath, Nolan Tanham and Ty Coppola. The rest of the team is made up of players from across Niagara, as well as two from Hamilton, Burlington and another from Peterborough.

"Right now, we're still fundraising to send the team to Europe. We will arrive in Germany and play two exhibition games before playing in World Cup Hockey in the Czech Republic before travelling to the north to watch the world Juniors play," explained Bolibruck.

The team departs on Dec. 28 and returns on Jan. 7. Organizers are asking for any local business interested in helping to send Thorold athletes to Europe to contact: Mike Bolibruck - Mike.Bolibruck@dsbn.org or Kathy Dittrich - KDittrich@biznetci.com

About the Author: Bob Liddycoat