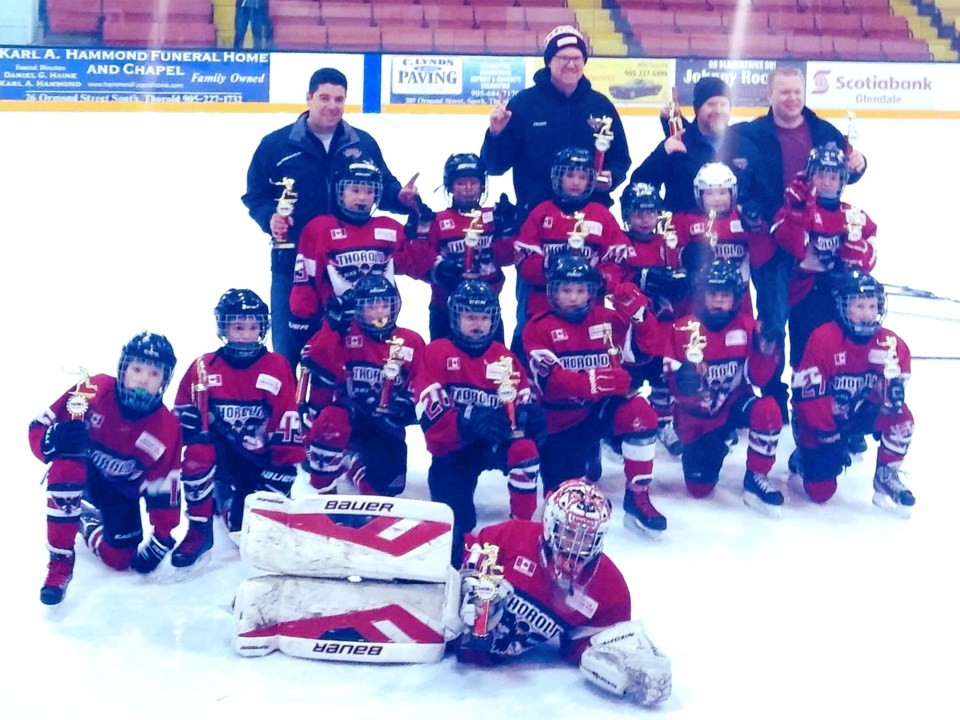 Thorold and Welland dropped the puck in game two of the best of three District Finals series on Wednesday. Thorold came into this game with a 1-0 series lead and was looking to close it out in front of the home town fans.

With a large crowd cheering the Hawks on, they jumped out to an early 2-goal lead. The second period was a different story as Welland scored two quick goals to tie the game. Thorold fought hard and pulled ahead and did not look back as they held on to win 5-3, earning them the Niagara District Novice “A” pool championship.

Adam Santos had a game to remember, netting all 5 goals for the Hawks.

Blackhawks played a great game at both ends of the ice in the series holding a high-scoring Welland team to 4 goals in 2 games . It was a great ending to an amazing year for the Blackhawks.

The boys will finish their season with a tournament in Whitby at the end of March.