A return to play agreement had been reached with the government, but an increase in COVID cases and the current stay-at-home order made it 'impossible for the OHL to have a season'
Apr 20, 2021 11:01 AM By: Brad Coccimiglio 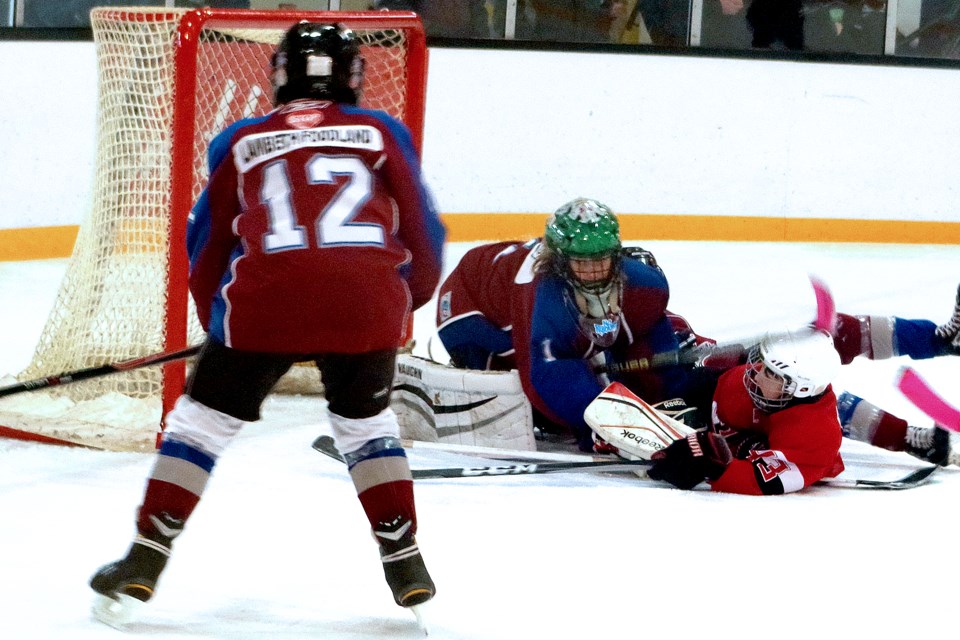 While holding out hope that the potential remained to hold a regular season, the Ontario Hockey League (OHL) announced Tuesday morning that the league will not be returning to play this season.

Citing the extended stay-at-home orders and the current increase of COVID-19 cases in the province, the league said the current circumstances made it “impossible for the OHL to have a season.”

“We have worked tirelessly with the Province and the Chief Medical Officer of Health for the past year on different scenarios and different windows of opportunity but the reality is the conditions in Ontario have never been right to start and complete an uninterrupted, safe opportunity for players to showcase their skills,” said OHL Commissioner David Branch in a prepared statement. “We owe it to our players and their families to be definitive. We were committed to return and play this season, but our hopes and desires have been dashed by the cruel realities of COVID-19.”

In a release, the league said that a return to play agreement had been reached with the province which included hub cities and a shortened season, but prior to announcing the return, conditions in the province worsened, leading to a delay in the announcement and the ultimate cancellation of the season.

Speaking late last week, Ontario Minister of Heritage, Sport, Tourism and Culture Industries Lisa MacLeod said a return for the OHL at this point would be “irresponsible” when asked about the situation.

MacLeod said she hoped that the league would be in a position to return at the end of March.

“The health conditions shifted within days underneath our feet,” MacLeod said. “We have gone back to the OHL to look at what a different scenario could look like.”

“At the moment, given the current health circumstanced, it would be irresponsible for us at the moment to green light play,” MacLeod also said. “We’re starting to see outbreaks in other leagues, even within the NHL, so we just need to be very mindful of these young athletes and their long-term health.”

Following MacLeod’s comments, the OHL released a statement that said in part that it had received “conditional approval” for a return to play, but the increase of COVID cases in the province changed those plans.

“Over the past number of months, the league has worked tirelessly with Premier Doug Ford and the office of the Chief Medical Officer of Health on a return to play plan, which we believe is in the best interest of our players’ physical and mental health,” the league statement said at the time. “This has been our priority and our return to play plan was recently granted conditional approval. The recent increase in COVID-19 cases across the province paired with the latest reinstatement of a stay-at-home order have put increased pressure on these plans.”

The Western Hockey League announced on Monday that once teams have completed their 24-game regular season schedules, no playoff games would be played.

The league was granted approval to return to play and did so geographically.

The Saskatchewan- and Manitoba-based teams played in a bubble in Regina, Sask. while the B.C. teams are playing in a bubble as well, split between Kamloops and Kelowna, B.C.

The WHL’s Alberta-based teams were approved to play games in their home markets while the U.S. Division was approved for play of games in the state of Washington, where four of the five teams in the division are based. The Portland Winterhawks started the season playing home games in Kent, Wash. before a return to play was approved for the state of Oregon and the team was able to return home and finish off the regular season in Portland.

The Quebec Major Junior Hockey League is nearing the completion of regular season games and preparing for playoff action in a bubble format.

The Quebec-based teams are slated to begin playoff action this weekend with best-of-5 series played in separate bubbles.

The QMJHL’s three New Brunswick-based teams will play in a nine-game round robin format with the winner facing the Charlottetown Islanders in the division final.

The winner of that series will then move on to the league semifinal, which will feature three Quebec-based teams as well and be played in a bubble.

About the Author: Brad Coccimiglio

A graduate of Loyalist College’s Sports Journalism program, Brad Coccimiglio’s work has appeared in The Hockey News as well as online at FoxSports.com in addition to regular freelance work with SooToday before joining the team full time.
Read more