OPINION: It’s time to include tips in menu prices as restaurants reopen from COVID lockdowns

Tipping, a popular cultural practice in Canada, can have hidden consequences for food service workers
Jul 20, 2021 8:55 PM By: The Conversation 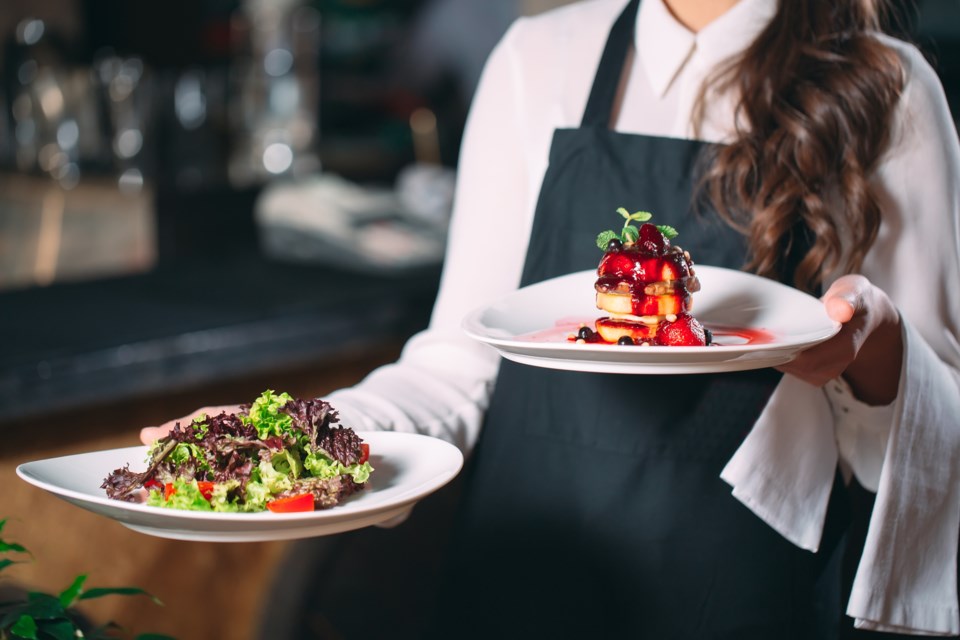 Tipping is a cultural practice strongly supported in Canada, with most patrons feeling good about their experiences. However, gratuities can have hidden consequences for those working in food service.

With staff recruitment a problem as the easing of pandemic guidelines are allowing restaurants to re-open, our research suggests it may be time for the industry to think seriously about how to manage tipping differently. And incorporating tips as part of the price of a meal should be an option.

Our report released a few weeks ago on the future of tipping was a pulse check of patrons’ perceptions of food service tipping and their anticipated behavioural changes as we exit the pandemic.

While our survey plainly asks how people are feeling about tipping during the pandemic, prior research provides evidence of how tipping contributes to detrimental working conditions for restaurant staff.

Some are suggesting that the sector needs a “great reset”. The COVID-19 pandemic has severely disrupted Canada’s food service industry. With restrictions, limited hours, take-out or delivery-only options, revenues have dropped significantly. Many businesses have taken on substantial loans in order to stay afloat.

In a May report by Restaurants Canada, 10,000 food service businesses have permanently closed. As vaccination counts increase and provinces begin to relax restrictions, resuming our previously normal behaviours may in fact become a problem.

Our report investigated tipping as a pro-social behaviour, in which giving money results in positive feelings.

Though 71 per cent surveyed did not anticipate changing their tipping habits, 20 per cent are planning on tipping more and are happy to do so. Additionally, 60 per cent of respondents contribute the same tip percentages in all restaurants, but 40 per cent tip more in their favourite restaurant.

In the short term, this is good news for servers in restaurants. Patrons may have the financial security to tip more as personal savings rates have increased dramatically over the pandemic, according to Statistics Canada. But this may not last.

Beyond the customers’ ability to tip, tipping also has a darker side to it.

There is evidence that tipping is a strong cultural expectation in Canada, to which patrons willingly conform — and some are even motivated to exceed expectations.

However, there are issues that are not evident when patrons are paying the bill. Tipping has been documented to play a contributing factor in income instability, high employee turnover rates, discrimination — and even sexual harassment.

Food service typically deals with a 70 per cent turnover rate, which has likely increased due to the pandemic. Tip-dependent incomes have not recovered to pre-pandemic levels. About 80,000 workers are still technically employed, but have no hours according to Restaurants Canada.

Studies from tipping behaviour researchers have shown that there are not only racial and gender prejudices about tipping amounts, but tipping creates a power dynamic in how patrons and servers treat each other and perceptions of service quality.

A Harvard Business Report publication cites 90 per cent of women and 70 per cent of men report experiences of sexual harassment as food service workers, with most going unreported to managers due to the culture of “the customer is always right” or it’s just “part of the job.”

Additionally, the food service sector is behind all others in terms of recovery. As of May, Statistics Canada revealed there are still over 300,000 jobs to fill in the sector. This means a new, inexperienced population are likely to fill food service jobs, unaware of the challenges facing them.

As patrons, we are largely unaware of the negative consequences, and tipping remains a pleasurable experience.

Termed a “warm glow” by researchers Elizabeth Dunn of the University of British Columbia, Lara Aknin of Simon Fraser University and Michael Norton of Harvard Business School, the effect we feel from tipping fulfils a basic human need of feeling in control, seeing the immediate effect of your decisions, and feeling a social connection through the exchange.

Respondents prefer to follow their own tipping formula, though some do not like included tips or service charges. Most surveyed feel like their tips make a difference and that tipping makes the job worthwhile or contributes to motivation. Tipping yields positive feelings that justify current and future behaviour for the patron.

Even so, more than one third of those surveyed indicate they do not support tipping in food service and would like to see it prohibited or regulated.

The true cost of the bill currently includes other social burdens that are not evident at the time of the tipping experience. Increasing tips, while with good intentions, will only prolong dealing with the issues of income instability, employment security, discrimination in all its forms and sexual harassment.

If we want to address these issues, we need to acknowledge the less visible impacts of our actions. By encouraging our restaurants and delivery services to move away from tipping, we are doing more in the long run to make sure that our restaurants and their staff have a sustainable, long term future that will survive the next large scale disruption.

Because menu prices would go up by incorporating tips, such a change would require a policy shift coupled with support from industry. However, our data shows we still have a long way to go.

The pandemic has proven we can get through challenges together and we can still feel that “warm glow” by knowing that when we pay the bill, everyone benefits.