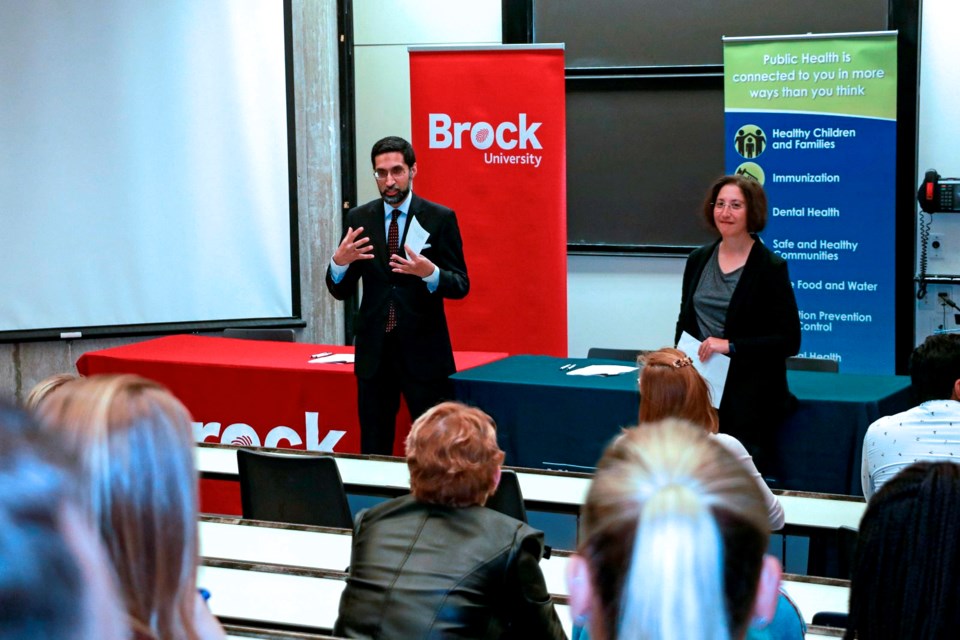 With just under 800 active cases and 16 residents hospitalized with COVID-19 in Niagara, the region's acting medical officer of health, Dr. Mustafa Hirji says travel restriction to stop the influx of residents in nearby regions with higher caseloads might be worth looking into.

Speaking to media in his weekly briefing, Hirji said provincial projections continue to pose concerns for Ontario's health officials, who are seeing cases continue to rise amidst the rapid spread of COVID-19 variants.

"Even last month, when parts of the GTA was under a stay-at-home order, mobile data shows people came in to Niagara to do shopping. That is the kind of thing I hope we won't see. Inter-provincial travel restrictions would make a lot of sense if used in Niagara," Hirji said.

It is up to the province to decide if more drastic measures should be taken to counter the increasing caseload, that has been noted in Ontario and Niagara in the past month.

Last week, Hirji joined other regional medical officers in a letter to the government, calling for more decisive restrictions in response to the sharp upward curve projected to render thousands of new cases daily in the next months, driven by both changed behaviours among people, as well as the more rapid-spreading variants that are now dominating the spread of COVID-19.

While the province has announced it will be looking into tighter restrictions after reports of packed malls over the Easter weekend, it has not yet said anything about if travel restrictions are on the table.

Hospitalizations continue to be a major concern for health officials, as more hospitalizations are being seen in a younger age group than before, as individuals are being admitted with more severe symptoms, also caused by the variant of concern.

Looking to the west, HIrji noted an extensive outbreak of the P1 variant that first emerged in Brazil, and is viewed as the variant that causes the most severe symptoms, and also has the lowest response to the vaccine. Should that variant take hold in Ontario, it could lead to a less extensive re-opening in May-June, when a majority of the population is slated to have received the vaccine.

"Looking at the ICU modeling here, even with a four-week stay-at-home order, ICU admissions could hit 800 by the end of the month, and that is with a stay-at-home order. Without one, it could go even higher than that, and it will put us in a dangerous place," Hirji said.

On Tuesday afternoon, the province announced that it will be extending eligibility for residents 50 and up to book their vaccine in select health units.

One hotspot identified with the province is Niagara Falls, where residents in the postal code L2G will be able to book vaccination.