The southern border represents a much larger political challenge in the U.S. than the northern one, and some in the Biden administration reportedly fear blowback if one opens before the other
Jul 20, 2021 3:00 PM By: Canadian Press 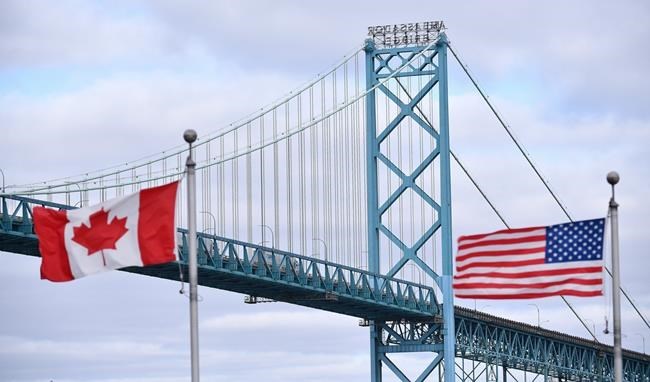 WASHINGTON — Border experts and political observers say the U.S.-Mexico border likely has a lot to do with why President Joe Biden is dragging his heels on reopening the frontier with Canada.

The southern border represents a much larger political challenge in the U.S. than the northern one, and some in the Biden administration reportedly fear blowback if one opens before the other.

Prime Minister Justin Trudeau says Canada's COVID-19 restrictions on visitors from the U.S. have always been more stringent than they are going in the other direction.

Trudeau says throughout the pandemic, it has been easier for Canadians to visit the U.S. than it has been for Americans to travel to Canada — particularly by air.

Canada announced Monday that as of Aug. 9, fully vaccinated U.S. citizens and permanent residents will be allowed to enter the country, with the rest of the world to follow Sept. 7. Rules for entering the U.S., however, remain unchanged.

"Our countries took different approaches, certainly during the beginning of the pandemic," Trudeau told a news conference Tuesday in Hamilton — a rare acknowledgment from a government that has long promoted its close working relationship with the U.S.

"They will follow their science, they will make their own decisions, and we will work with them to make sure that we're co-ordinating as best as possible. But Canada is not going to any more dictate what the U.S. should be doing around its border policy than we would accept the U.S. to dictate to us around our border policy."

Canadian officials say the 14-day quarantine requirement will be waived beginning the second week of August for eligible travellers who are currently residing in the United States and have received a full course of a COVID-19 vaccine approved for use in Canada.

Children under 12 who are accompanied by fully vaccinated and eligible family members will also be exempt from quarantine upon entering Canada, provided they wear a mask in public places and avoid indoor group settings.

All travellers will still be required to submit a negative COVID-19 test result and proof of vaccination prior to arrival by way of the ArriveCAN smartphone app or web portal, but post-travel test results will no longer be necessary for those who are fully vaccinated.

Canada Border Services Agency officials will also be subjecting vaccinated travellers to a mandatory molecular test upon arrival on a random basis.

As of Aug. 9, airports in Halifax, Quebec City, Ottawa, Winnipeg and Edmonton will also be added to the list of Canadian cities where international flights are permitted to land. Air travellers will no longer be required to spend the first three nights of their quarantine at a government-approved hotel.

This report by The Canadian Press was first published July 20, 2021.