BEYOND LOCAL: Pigs growing human pancreases, coming to a farm near you soon?

Human-animal hybrids are coming and could be used to grow organs for transplant – a philosopher weighs in
Aug 14, 2019 9:25 AM By: The Conversation 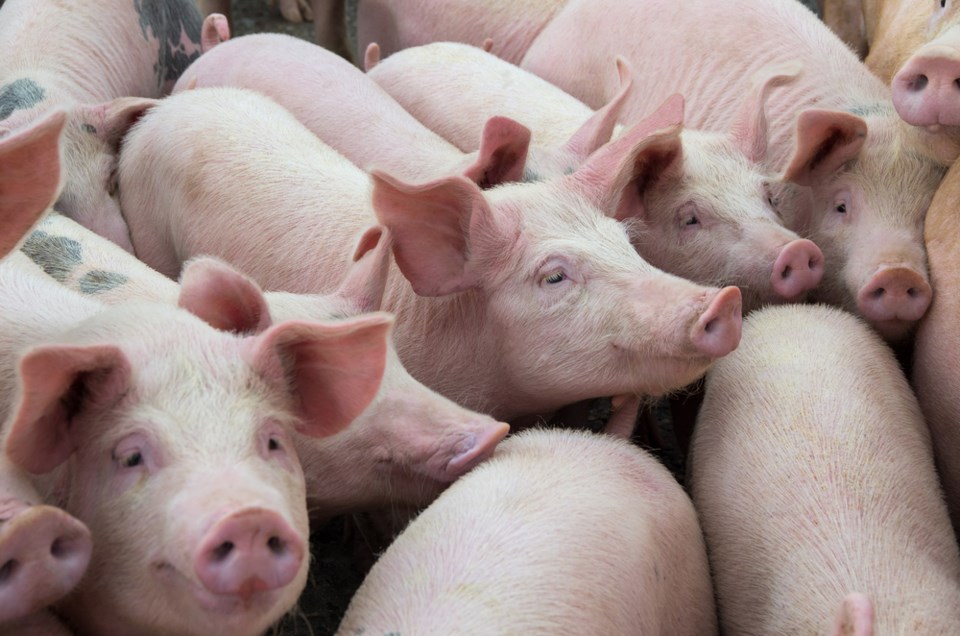 This article, written by Mackenzie Graham, University of Oxford, originally appeared on The Conversation and is republished here with permission:

Around the world thousands of people are on organ donor waiting lists. While some of those people will receive the organ transplants they need in time, the sad reality is that many will die waiting. But controversial new research may provide a way to address this crisis.

Japan has recently overturned its ban on the creation of human-animal hybrids, or “chimeras”, and approved a request by researchers from the University of Tokyo to create a human-mouse hybrid.

Scientists will attempt to grow a human pancreas inside a mouse, using a certain kind of stem cell known as “induced pluripotent stem cells”. These are cells that can grow into almost any kind of cell. The stem cells will be injected into a mouse embryo, which has been genetically modified to be incapable of producing a pancreas using its own cells. This hybrid embryo is then implanted in a mouse surrogate and allowed to grow. The goal is to eventually grow a human pancreas in a larger animal – such as a pig – which can be transplanted into a human.

Human-animal hybrids have been created in both the US and UK, but regulations require the embryo to be destroyed usually by 14 days. The new Japanese regulations allow for the embryo to be implanted in a surrogate uterus, and eventually, to be born as a mouse with a “human” pancreas. The mice will then be monitored for up to two years, to see where the human cells travel and how the mice develop.

The idea of human-animal hybrids can raise a lot of questions and it’s easy to feel they are “unnatural” because they violate the boundaries between species. But the boundary between species is often fluid, and we don’t seem to have the same reaction to animal hybrids like mules, or the many kinds of plant hybrids humans have produced.

Philosophers believe that negative reactions to human-animal hybrids might be based on our need to have a clear boundary between things that are “human” and things that are not. This distinction grounds many of our social practices involving animals, and so threatening this boundary could create moral confusion.

Some might feel that human-animal hybrids are a threat to human dignity. But it’s difficult to specify what this claim really amounts to. A stronger objection is the idea that a human-animal hybrid may acquire human characteristics, and as a result, be entitled to human level moral consideration.

If, for example, the injected human stem cells travel to the mouse’s brain, it could develop enhanced cognitive capacities compared to a normal mouse. And on that basis, it may be entitled to a much higher moral status than a mouse would normally be granted – and possibly make it unethical for use in scientific experimentation.

Moral status tells us whose interests count, from a moral point of view. Most people would say human beings have full moral status, as do babies, fetuses and the severely disabled, which means we must consider their interests. More controversially, some people also believe that non-human animals – such as chimpanzees or human embryos – possess a degree of moral status approaching that of human beings.

But pinning down what characteristics confer moral status can be tricky. Various criteria have been suggested, including the ability to reason, have self-awareness, the ability to form relationships with others, the capacity for suffering, or simply being a part of the human species. But each of these criteria ends up including some groups who don’t have moral status, or excluding some who do.

The idea that non-human animals might have sufficient moral status for it to be morally wrong to kill them for food, or use for medical research, has gained significant traction in the philosophical community. Similarly, veganism has grown massively worldwide. There’s been a 600 per cent increase in people identifying as vegan in the US in just the last three years. While in the UK the number of vegans has risen from 150,000 in 2014 to 600,000 in 2018, which suggests people are increasingly willing to take the interests of animals seriously.

But if human-animal hybrids become more like us than non-human animals, it could then be argued that it’s unethical to produce a hybrid simply for the purposes of extracting its organs. That is, harvesting the organs of a non-consenting human-animal hybrid could be morally equivalent to harvesting the organs of a non-consenting human.

Of course, for this argument to work, there would need to be strong reasons for thinking not only that a human-animal hybrid has moral status, but that its life has equal moral value to that of a human. And even if a mouse-human hybrid did have a “human-like” brain, it is exceedingly unlikely that it would be human enough to merit equal moral consideration.

So given that this process has the potential to successfully resolve the perpetual lack of organs for transplant, it’s reasonable to think that the use of human-animal hybrids is the right thing to do to help save human lives – even if it does require some level of animal suffering.

BEYOND LOCAL: Five factors that contribute to students finishing high school
Jun 13, 2021 9:25 AM