Be on the lookout, Thorold: Spotted lanternfly found in Buffalo

Destructive species spotted across the border, prompting fresh calls for Niagara residents to report any sightings
Chris Pickles, Local Journalism Initiative Sep 21, 2022 8:54 AM
Previous Next
1 / 1 Spotted lanternflies are more likely to be seen with wings folded. Look for grey to brown wings with black spots, and black-striped wing tips.Photo courtesy of Lawrence Barringer, Pennsylvania Department of Agriculture, Bugwood.org.
Expand
Previous Next
Listen to this article
00:02:37

The destructive spotted lanternfly has been found just across the border in Buffalo, N.Y., prompting fresh calls for Canadians to report any sightings of the invasive species.

More than 100 of these insects, which threaten grapevines, fruit trees and hardwood trees, have been detected in the U.S. city since Sept. 9, according to the Canada-based Invasive Species Centre (ICS).

While the insect hasn’t been spotted in Canada yet, the ICS is calling for Niagarans to help prevent an infestation by identifying and reporting any signs of the spotted lanternfly.

Adults insects are generally active from June to December and can often be found swarming around the base of trees. From September they lay one-inch long egg masses on hard surfaces. The egg masses look like smears of mud and can attach to any hard surface outdoors. 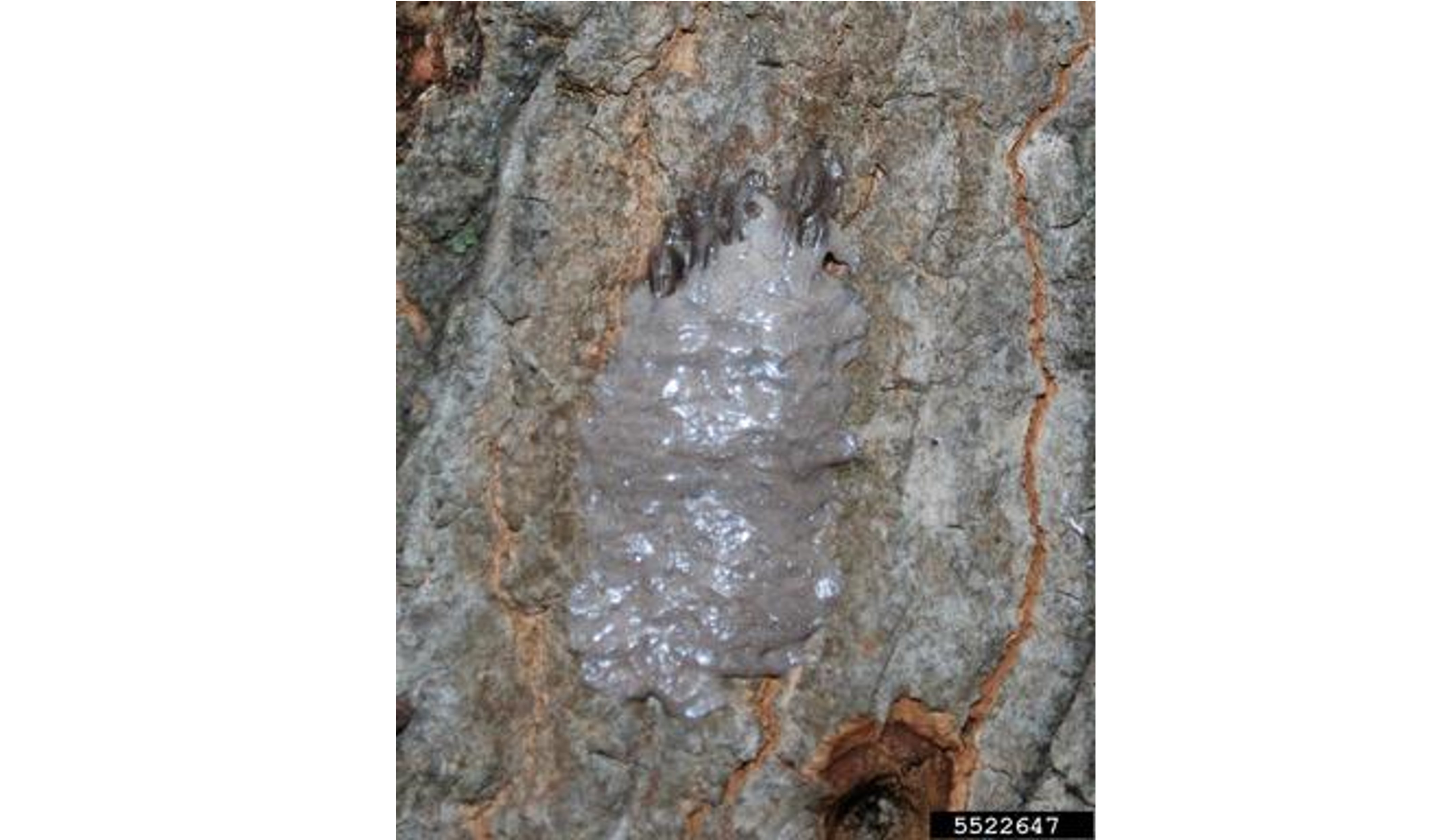 You can report sightings to the Canadian Food Inspection Agency or to eddmaps.org. Be sure to include photos of the insect, egg masses or other signs of infestation, with the exact location of the sighting.

The public is also urged to place insects or egg masses, which can be scraped off surfaces, into a sealable container and either add alcohol or hand sanitizer or place it in the freezer.

The spotted lanternfly has caused millions of dollars worth of damage to vineyards in the United States, and there are fears it could move across the border to Niagara, where it could impact plant health by feeding on the sap from plants and secreting honeydew, which causes mould to grow.

One of the issues is the egg masses laid by the insects can go unnoticed — since they resemble a smear of mud. They could be laid on a car, which could then move across the border.

In order to help prevent the spread of the insect, a free information workshop is being held in Niagara on Sept. 21 and Oct. 5 from 6 p.m. to 8 p.m. at the Rittenhouse branch of the Lincoln Pelham Public Library.

It’s aimed at agricultural and forest industry workers, conservation authorities and municipal staff, students, naturalists, gardeners, and any member of the public who is interested.

Advance registration is required, and can be done online at invasivespeciescentre.ca/upcoming-event-spotted-lanternfly-information-workshop/

BEYOND LOCAL: Social media use has declined with one exception
Oct 1, 2022 9:25 AM
Reader Feedback

A magical destination for individuals and families of all ages