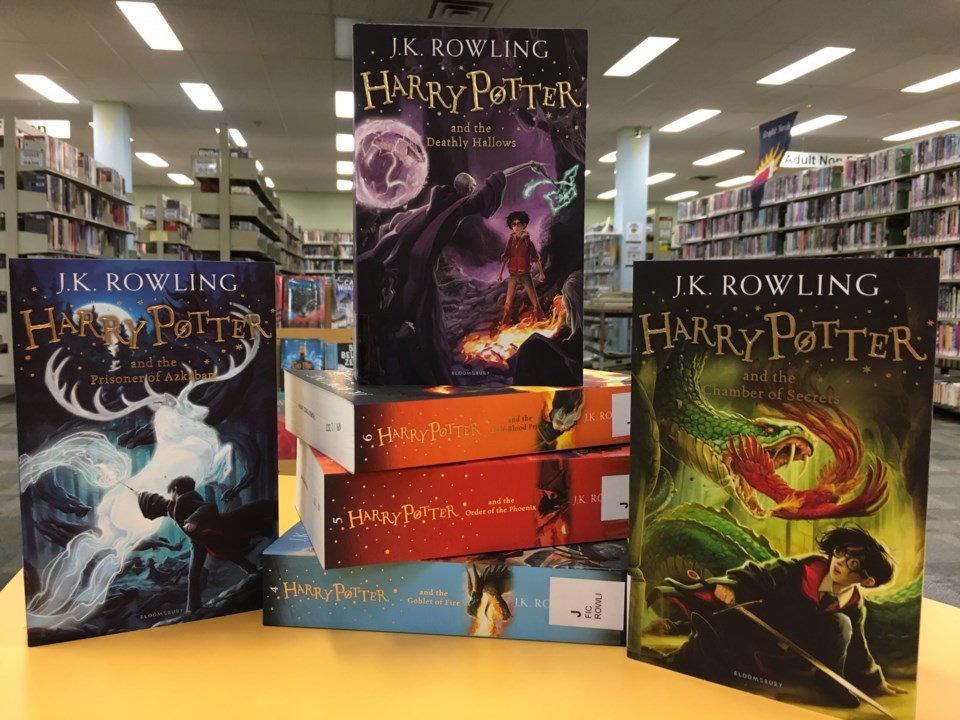 The HP trivia was so popular that the library added new dates. Photo: R. Lazarenko/TPL

As we were preparing to enter the library the other morning with approximately seven completely necessary bags attached to our person, we were greeted by the exclamation – no, perhaps holler is more apt – of an eager, exercising patron inquiring about current library services. “Right now, just curbside” we called back. And then added, “Remote printing photocopying . . .” [three seconds passed] “Curbside curation. Some on zoom, some via Facebook. Not the - I mean the virtual programs. Those are on . . . line. Did I say virtual programs already?” Naturally, three bags had dropped by this point. “Harry Potter . . . there’s also Harry Pott-”. Yep, so by this time our arms had completely fallen off, and the patron long since left.

The only thing that remained of the encounter was the whisper of a website schedule still carrying its way through the wind. But the argument was illustrated. And it’s one we’ve reiterated multiple times over the past 14 months. Messaging during a pandemic is both a bizarre and unique challenge that is nonetheless extremely important. By whatever means possible. And Harry Potter. If all else fails, remind them of Harry Potter. So today we bring you announcement #4, 312: The One with HP.

For muggles who may not be aware, each year on May 2 we celebrate the anniversary of the Battle of Hogwarts, also known simply as unofficial Harry Potter Day. This year marks the 23 rd such anniversary and the fifth year we’ve honoured the occasion, which would typically kick off our in-person introduction to Geek Week. The other year for a related event, our coworker saw us prepping Harry Potter buttons and said, “Oh cute. What does the 9 ¾ one signify?” and we were like, “Two things now. The magical platform to board the Hogwarts Express. And the demise of our friendship. Now that you’ve had to ask that”.

In past years we’ve held orphaned sock donations in honour of Dobby and support of the free the house-elf movement, offered screenings of HP movies, run book related challenges, and more. But last year was our first to take things virtual with DIY twig wands, an endeavour which proved unequivocally that there’s still a voracious appetite for all things HP. This year we have gone a different route with our inaugural trivia nights. The first option filled up so fast that we’ve added a second event – May 4 May 19 respectively, and both beginning at 6 p.m. Even the HP masks and other prizes our coworker made are disappearing quickly. Ok, we’ll put them back. But that’s only because we checked out at 66.7% Ravenclaw and 33.3% Slytherin. If that were reversed, we’d definitely keep them and pretend it was the Hufflepuff.

These HP events are the first in a series of virtual trivia nights that also include a Baby-Sitters Club edition on June 8. Registration is currently open for this session as well. Not a fan of highly demanding rapid-fire exams crafted under the guise of entertainment? We have other online events to choose from too, including monthly book clubs (read titles like The Brilliant Life of Eudora Honeysett by Annie Lyons and When No One is Watching by Alyssa Cole), interactive art instruction sessions (such as our children’s modeling clay class on May 22), and a new speaker series with additional dates coming soon (our first installment this past Tuesday was Thorold’s Best Kept Secret: Unraveling the Mystery of John Brown, Contractor with local historian Sarah King Head).

If you’d like to be updated on any of our virtual events, watch for updates via social media, visit the Programming tab on our website, or email programs@thoroldpubliclibrary.ca with your event preferences. We will also be introducing a virtual newsletter in early summer for anyone that wants a digital version of our program guides sent right to their inbox.