Here's how visiting the library can improve your health 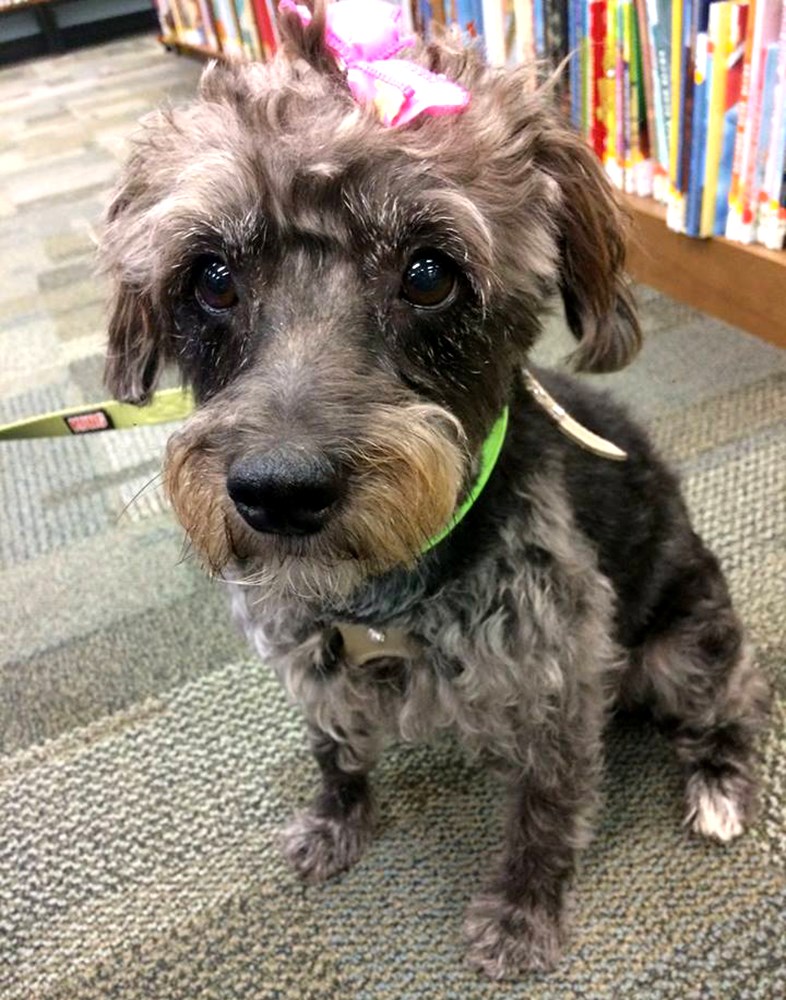 It’s always around this time of year that so many people (good intentions aside) tend to falter on whatever wellness regime they intended to put in place for the remainder of 2019/their lives/until it became slightly inconvenient and/or the alternatives too tempting.

It’s usually along the lines of starting up this, quitting that, accomplishing a specific task, or rotating something 180 degrees. Which, FYI, is the correct way to express a complete turnaround. 360 is reverting back to where you began, yet  this may express more aptly where one might find themselves in the mid-late days of January.

But we're going to let you in on a little secret: you don't have to revolutionize your entire life to improve your health. Just visit us more often. Not convinced? Well, you'd be super gullible if you were, because we’ve only said one sentence so far, but here's our backing.

Calming Creation
Remember a few years back when adult colouring books were all the rage? We're not even going to get into how we basically started the trend (same with owls, kale, and tiny terrariums), but we will say that it was refreshing to see a large part of the population embrace an activity once considered juvenile.

Why? Because they realized the undeniable benefits of art therapy, which, by the way, does not have to look like art at all.

Other smart ideas we’ll eventually adapt from children include imaginary friends, keeping your arms inside your sweater/sweatshirt for warmth, and announcing aloud when you’re bored.

Programs such as Adult Craft Night continue to grow in popularity as they offer specifically designated time to focus on a single recreation-based project patrons see through to completion. We often have patrons remark that, left to their own devices, would never take an hour out of their day to simply create. Some never even realize they’re missing such an integral element of life – and decidedly calming ritual.

Social Interaction
This is a funny one because while appreciating and acknowledging various worldviews and walks of life is extremely important to mental health and social development (which, by the way, doesn’t stop when you finish school), most of us might conclude that we already deal with enough personalities in our daily lives, jobs, and homes.

But what you might not consider is that after entering the working world, most adults make fewer and fewer new connections and their social framework shrinks significantly. This is, in part, why so many people find it challenging to establish new relationships of any kind once they’ve officially entered adulthood (an entirely arbitrary concept entered into somewhere between 25 and 82).

Participating in varied, community-based programming (such as that offered through book clubs, board game events, or even movie screenings) is an easy, comfortable way to expand your social circle and put yourself out there, without actually putting yourself out there. ‘Cause, let’s face it, where is “there” and what’s so good about it?

Mental Development
Perhaps the most obvious of the lot, our ability to gain you insider access to reading/writing enhances mental function, challenges your brain, and continues to expose you to new concepts, themes, words, and worlds. As we liked to say in the ‘90s, “Duh.” Or “No duh” (interestingly, the meanings of those two expressions are interchangeable).

We have writing workshops for all ages, including Writers' Forum for adults and tween/teen/children's versions of Young Writers' Club. You may have even heard of our book borrowing side project. Also very popular. And a great way to get your hands on a healthy habit at no cost.

While we often tout the latter as a necessary safe space for young readers to gain confidence, it’s not exclusive to children. The pups often appear at post-secondary schools/nursing homes/anywhere individuals would benefit from the calming effect of animal companions and all ages are welcome to attend our drop-in sessions.

Get in touch if you’d like additional details on any of the programs listed here.

Or want to go halfsies on an elliptical.

How library staff kept Thorold reading as the world changed
Mar 13, 2021 10:00 AM
Comments