BEYOND LOCAL: Teen placed positive Post-its all over hometown in the middle of the night 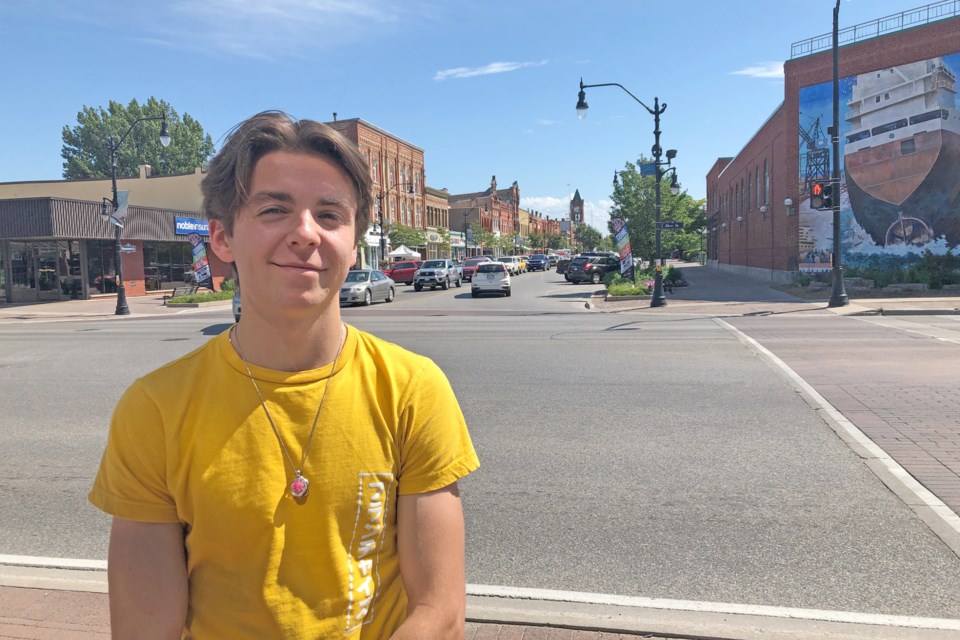 Travis Jarratt, 18, of Nottawa, hand-wrote messages on 80 Post-it Notes and stuck them up around Collingwood's downtown in the hopes of improving someone's day. Erika Engel/CollingwoodToday

COLLINGWOOD - During the civic holiday weekend in August, 18-year-old Travis Jarratt wrote out positive messages on neon Post-it notes and stuck them up around his hometown of Collingwood.

He did it to make someone’s day, but it’s his week that’s been made.

Jarratt will often write notes to himself and leave them places he will find them later when he might need a mood boost.

He and his friends would exchange notes, and it made him think about the potential of a particularly placed positive Post-it.

He came up with the idea of anonymous notes left where people could easily find them. He’s local to Collingwood as a Nottawa resident, and graduated from Collingwood Collegiate Institute, so he decided to target Hurontario Street for his kindness campaign.

“I always wanted to do something to make people happy,” said Jarratt. “I do firmly believe people deserve happiness.”

He spent about a week picking out seven uplifting messages, then a couple of days writing them out onto 80 Post-it notes in his neatest penmanship. On Friday morning (Aug. 2), around 3 a.m., he stuck them up on light posts, pianos, and benches along Hurontario Street.

He watched people post on social media when they discovered his notes. They each shared stories about how discovering those kind notes from a stranger made them happy.

Ursula Raehse found one of his notes that read “you are enough” on the sidewalk. It wouldn’t stick to anything anymore, so she tucked it away in her book.

She called it a “hug” from a stranger, and said it was just what she needed.

Jarratt was “incredibly happy” to hear Raehse’s reaction to the Post-it messages.

“It all means a lot to me really,” said Jarratt, who has struggled with anxiety and depression. For him, finding a note he’s left himself or received from someone else is a temporary boost to help him keep going about his day.

“I wanted to take that one act of kindness and expand it to more people,” said Jarratt. “I would definitely say it was worth it.”

His two favourite messages from his weekend kindness campaign were: “I’m proud of you” and “You’re stronger than you think.”

He hasn’t made any plans for another note-writing campaign, but he said he’d like to do it again sometime, this time with some help and more Post-its.

CANADA: Feds should engage UN racism group, though chair independence a question, expert says
May 14, 2021 10:00 AM

About the Author: Erika Engel